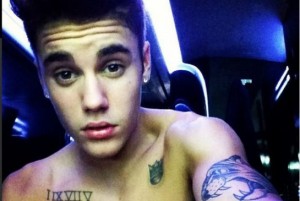 Justin Bieber is a good looking kid. However the bad boy is certainly not the role model for your sons or daughters.

Everyone and their mother (and their mother’s dog) knows Justin Bieber went to jail a few days ago for DUI, driving with an expired license and resisting arrest in Miami. Also mentioned in the police report was speeding at 25 to 30 mph over the limit and drag racing.

When the news broke, millions of people cheered. The punk kid that was discovered before he could legally drive GOT BAGGED. The spoiled brat, who made more money than you could ever dream of before he could even vote, went to the slammer. His mug shot was turned into numerous Miley Cyrus comparison memes and GIFs to remind us how much of a girl the Biebs really is. Haha! That’s right, mini-man! You learned your lesson!

He was released hours later on bail set at a measly $2,500. He probably spends about that much weekly on the high-end sizzurp he apparently loves to down.

What everyone and their mother (and yes, their mother’s dog) might not know is that the police did not correctly report the details of what happened. The cops NEVER clocked Bieber or his pal Khalil going any faster than 27 mph in the 30 mph zone. The cops never witnessed ANY street racing actually taking place. Also, Bieber was slapped with a DUI, even though his blood-alcohol level was ACTUALLY .014.

So, who’s actually the bad guy in this situation? The kid that may have had a drink or two earlier in the day or the police officers that completely fabricated the events that took place that night? Who is JB supposed to look up to?

Sure, Bieber has been a little out of control in the last year. He has been drinking, doing drugs, driving at breakneck speeds, peeing in mop buckets, getting in physical altercations with various individuals and vandalizing other people’s property. Unless you were an extremely sheltered child, you can’t tell me you didn’t go to school with kids that did many of these things. I know I did. The difference here is that he is a lot more famous than those kids and the way the media is sensationalizing his behavior is only encouraging him to continue down that path.

I’m not necessarily trying to defend the little bugger, but if you didn’t have a great home life growing up before being flung into stardom, you might not do so hot yourself. Remember that Bieber’s parents had him at a younger age than he is RIGHT NOW. These are the same parents who never got married. This is the same mother who was apparently abused growing up and the same mother who Justin says gives him drugs. This is the same father who at one point abandoned his son and the same father who was spotted with Justin moments before his arrest.

Now, Bieber’s core group of friends includes a bunch of young, rich recording artists, models and actors. His “mentors” are manager Scooter Braun and Usher (aka the people that make tons of money off of him). Usher can’t even take care of his own kids. As of this past Sunday, Braun and Usher were with the bad egg in Panama. Rumors are saying that this trip is serving as an intervention of sorts. You can call “protecting your greatest asset” whatever you want.

Would jail time do Bieber some good? Probably. Would rehab be a good decision? Undoubtedly. Will the media and general public allow him to grow up properly?

As you watch the self-destruction of a former child star, I urge you to be careful with how you speak, post or tweet about someone you don’t even know. In the end, your words might be just as guilty as his actions, even if a court of law doesn’t recognize them as such. 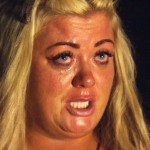