I suppose you’re expecting “Terminator: Genisys” with Arnold Schwarzenegger, which opened Wednesday, July 1, to make this list, but I found it meh. I’m not the only one who thought that.

July 17 brings “Ant-Man” starring Paul Rudd, Michael Douglas, Patrick Wilson and Evangeline Lilly, and it is actually OK, but comic book fare rarely excites me. Another ho-hummer for me, not for the box-office is July 31’s “Mission: Impossible — Rogue Nation” starring Mr. Scientology-Couch-Jumper himself Tom Cruise. It does, however, offer Jeremy Renner (ooh!) and Simon Pegg (aah!).

Call me picky if you like, but I go for higher brow stuff … like “Minions.” Alrighty then, here’s my top five for July.

This brilliant masterpiece by Asif Kapadia (“Senna”) shows the dramatic and short life of performer Amy Winehouse. Surprisingly, the documentary did not leave me feeling depressed. It is an exploration into who Winehouse was as seen through her own words depicted through images from her journals. Her musical process can be seen in her own handwriting filled with crossed-out, rewritten words. Close friends of the singer are candid during interviews, and viewers are treated to never-before-seen home videos made with those friends. There is also plenty of concert footage and a particularly moving scene with Tony Bennett where Winehouse is terribly starstruck and nervous. Bennett tenderly helps her relax and also, in an interview, speaks about Winehouse as one of the greatest female jazz singers — right up there with Billie Holiday and Ella Fitzgerald. This is a five-star movie that doesn’t even feel like a documentary. Opens in New York and Los Angeles July 3; nationwide July 10. Documentary. Rated R. 128 min.

From the creators of the fabulous “Despicable Me” and “Despicable Me 2” comes “Minions,” the 3-D computer-animated slapstick film with little, yellow, giggling, goggles-clad pill-capsule shaped creatures taking center stage where they belong. We meet Kevin, the alpha yellow oblong. Then there’s Bob, the diminutive scaredy cat, and my fave, the cycloptic delight, Stuart (all three voiced by Pierre Coffin). I identified most with Stuart because he’s as crazy about bananas as I am. I eat one every morning, and my days are determined by how perfect the banana tastes. There’s a scene in a boat when Stuart is so hungry he hallucinates that Kevin and Bob are bananas. I dare you not to laugh when he starts licking them.

The opener of this movie is an eye-popping animated treat through the history of minions, dating back to the dinosaur age. You’re taken through the building of the pyramids in Egypt, to the Revolutionary War, to New York in 1968, 42 years B.G. (Before Gru). The soundtrack is made for the adults, and it’s faboo. Sandra Bullock voices the riveting villain Scarlett Overkill, who wants to be the Queen of England, and Jon Hamm, Allison Janney, Michael Keaton, Geoffrey Rush and Steve Coogan voice characters as well. The soundtrack includes Jimi Hendrix, Queen with David Bowie, The Kinks, The Who, Donovan, Aerosmith and the Smashing Pumpkins. You can’t lose with this flick. And, hey, guess what? There is already a “Despicable Me 3” in the works due out in 2017. I’m going. Comedy. Rated PG. 91 min.

The main reason to see this film is Robin Williams, for one last visit with him. He gives an exemplary performance as closeted gay man, Nolan Mack. Nolan is married to Joy (Kathy Baker), a woman that he loves deeply but not in the right way. Her character is just as poignant in that she knows something is terribly wrong in her marriage but prefers staying in her shutdown cocoon rather than face the hard truths. Nolan works reliably at his longterm job in a bank. He goes through the motions of life but is weighed down by deep regrets of not living the life he should have. One evening, he goes driving by the local hooker stroll and picks up a handsome young man, Leo (Roberto Aguire). It’s tragic watching Nolan’s ill-fated attempt to buy friendship from Leo instead of sex. Bob Odenkirk (“Breaking Bad,” “Better Call Saul”) gives a strong performance as Nolan’s kind and supportive best friend Winston. Williams is as haunting and gripping in this dramatic role as he was in so many others, particularly as the deranged Seymour Parrish in “One Hour Photo.” Bring tissues, especially for the scene when Williams tells his dying father that he is gay. Drama. Rated R. 89 min.

After actor and activist Sir Ian McKellen led the New York City Gay Pride Parade and celebration of the U.S. Supreme Court ruling in support of same-sex marriage this past weekend, I’m happy to say that his latest movie “Mr. Holmes” belongs on this best movies list. This is a sweet and thoughtful take on the famed detective Sherlock Holmes. Here we see McKellen as the 93-year-old Holmes in 1947, while he spends his days in a Sussex, England, farmhouse tending to bees and botany projects. His cook, the widowed Mrs. Munro (Laura Linney), keeps her uptight, judgmental eye on him while her 14-year-old son, Roger (Milo Parker), a wannabe detective, befriends him. Mr. Holmes is showing signs of age and desperately tries to keep his mind sharp to remember the last unsolved case he worked on. He is still haunted by it. This mystery crime drama is based on a 2005 novel, “A Slight Trick of the Mind,” by Mitch Cullin. The movie is a character-driven delight directed by Bill Condon, the talent behind “Gods and Monsters,” which earned McKellen his first Academy Award-nomination. Condon has many more directorial credits including “The Twilight Saga: Breaking Dawn — Parts 1 and 2,” “Dreamgirls” and “The Fifth Estate.” Mystery, thriller, drama. Rated PG. 104 min.

OK, I admit this is a fairly generic, predictable story about a “Raging Bull”-type fighter. Light heavyweight boxing champ Billy Hope is played passionately by dedicated actor and Academy Award-nominee, Jake Gyllenhaal (“Brokeback Mountain,” “Donnie Darko”). This is the same actor robbed of his just due last year for an incredible performance as sociopath Louis Bloom in the five-star movie “Nightcrawler.” Here, a beefed-up and almost unrecognizable Gyllenhaal plays a guy who gets it all, then loses it all, then fights to get custody of his daughter (Oona Laurence) back. Gyllenhaal is the strength, but he is supported by a talented cast including Rachel McAdams as his long-suffering wife, Maureen Hope; 50 Cent as Jordan Mains, a money-grubbing manipulative manager; and Forest Whitaker as “Tick” Wills, the stereotypical cranky and tough retired manager. Directed by testosterone-driven Antoine Fuqua (“Training Day,” “Olympus Has Fallen,” “The Equalizer”), this is no Academy-Award winner, but it’s mighty entertaining. Drama. Rated R. 123 min. 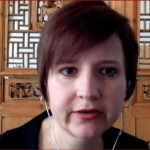 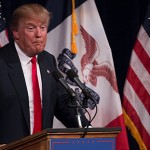