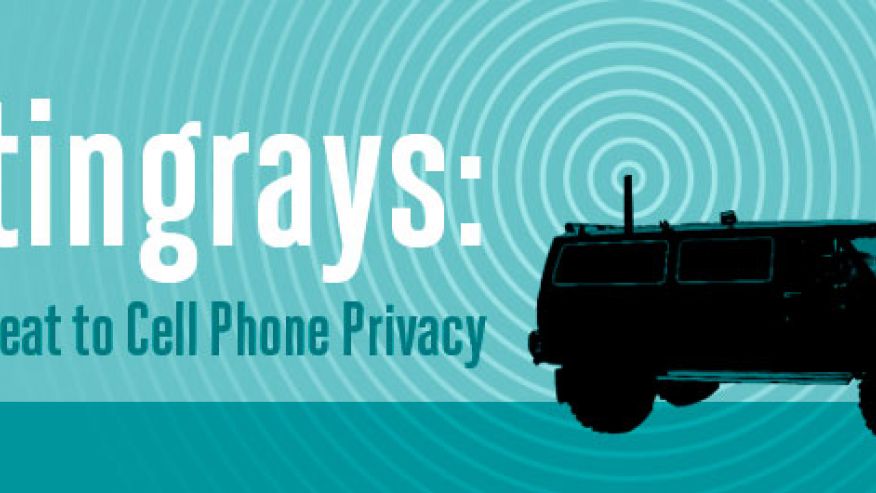 A North Carolina judge has unsealed more than 500 court records related to law enforcement’s use of a clandestine cellphone surveillance tool, opening the door for a litany of appeals in dozens of criminal cases.

The records, unsealed on Friday, reveal officers with the Charlotte-Mecklenburg Police Department sought to use a cell-site simulator known as a StingRay more than 500 times since 2010, or approximately twice per week, in various criminal cases.

Police requested a court seal the documents out of concern criminals would avoid detection if they knew about the surveillance tool, according to the Charlotte Observer newspaper. The documents were placed in a filing cabinet until a judge ordered them released this week.

The documents suggest that police were met with little resistance when they sought to obtain authorization to use a StingRay device. But whether police actually obtained the authorization, or obtained authorization every time the device was used, is unknown because those records were not among the 529 documents unsealed on Friday.

The documents open the door for convicted criminals to file appeals if the clandestine spy tool was used by police to build a case against them, according to the newspaper. Prosecutors say they hadn’t seen many of the 529 documents released on Friday and are now reviewing them to decide what information should be handed over to defense attorneys.

The documents were released to the Charlotte Observer pursuant to a public records request and subsequent lawsuit filed by the newspaper and its media partner WBTV.

StingRays have been the focal point of a national debate for much of the past few years, due in part to the extreme lengths law enforcement goes to conceal its use of the device from the public. Police have long said that a non-disclosure agreement forged between them and the manufacturer of the device — the Harris Corporation of Melbourne, Fla. — preclude them from disclosing when the spy tool is used against a criminal suspect during an investigation.

A StingRay is a car-mounted device that simulates a cellphone tower. When activated, it forces all cellphones within a given radius to connect to it instead of a legitimate tower; in doing so, it offers police the opportunity to gather data from connected phones, including call logs, text message metadata and location information.

Little is known about how exactly officers use the tool — including data-retention policies and how cops differentiate between a target and innocent citizens who get swept up by the surveillance device — but information gathered from recent court cases appears to indicate officers use StingRays less as a tool for examining call and text message content, and more as a way to learn the location of criminal suspects.

Still, the secrecy surrounding law enforcement use of StingRays and similar devices is troubling — not just because the devices appear to sweep up innocent people as part of a quest to zero in on a criminal suspect, but also because officers often seem to use the device without first obtaining a warrant. The latter raises serious legal and constitutional challenges — and, in some cases, has prompted judges to vacate prior convictions.

Information about StingRays is trickling out to the public, but as more and more journalists and privacy groups press the issue, more courts appear poised to side with disclosure over secrecy. Recently, a judge threatened to hold a Baltimore police officer in contempt of court if he refused to disclose how investigators tracked a teenage robbery suspect to his home (the officer said a non-disclosure agreement prevented him from disclosing the technique; rather than disclose the use of a StingRay, prosecutors withdrew the evidence against the teen suspect).

The hundreds of documents released in North Carolina appear to show that judges rubber-stamped requests to use StingRays in criminal investigations without fully understanding the technology or how it would be used. Now, prosecutors in that community are left to decide if certain criminals were unjustly convicted due to improper investigatory techniques.