Valenti plays the wild younger brother Todd who’s into sex and drugs and likes to par-tay. Now he shows up broke and homeless. Older brother Chet is played by Mark Strano, who co-wrote the screenplay with his life partner and the film’s director, Wade Gasque. The award-winner premiered at last year’s Outfest and has garnered nothing but well-deserved praise. Valenti gives a sensitive and convincing performance and, lucky for us, he agreed to an exclusive interview for TheBlot Magazine as the movie’s DVD release looms.

Dorri Olds: Are you like Todd, into drinking and drugs?

Frankie Valenti: No, that’s not me. But my first introduction to the gay community was through gay AA. At 17, it was either go into treatments or go to a juvenile detention center.

What were you in trouble for?

Truancy and possession of paraphernalia. Anyway, so I believe the reason I was using so heavily then, so often, was a symptom of something greater. Once I figured out what that was and I was able to take care of it and, for lack of a better word, fix it, I didn’t have the need to self-destruct any longer.

No, it’s true. But that’s true whenever you’re dealing with an industry that’s shallow and people are being fed false securities.

What do you mean “false securities?”

A lot of us, myself included, aren’t drawn to the adult entertainment industry because we have really good self-esteem. We’re all searching for validation. In porn, you’re given false types of validation. In some ways, it’s what you wanted, but after a while you begin to believe that’s your only worth. It’s very fleeting and shallow. The studios just want you to keep working, making movies and making them money. They’re going to keep building you up on this false praise until you become the age when you’re put out to pasture. Before you know it you’re like, “Wait, how did that happen? I thought I was the shit.”

How old are you now?

Do you think that’s because as you grew older you developed self-esteem?

I saw that you have a huge following on social media. Do you enjoy getting to know fans that way?

I enjoy showing people different sides of me, giving a different view of the person they think I am. None of my posts show sexually outward photos. Sometimes my shirt is off, that’s just to keep visibility going. It’s a marketing thing. But I don’t capitalize on what people expect to see on my Tumblr, Twitter, Instagram and Facebook. I’m trying to be, well, just real. What you see on those sites is the shit I’m doing every day. I enjoy showing people my family, my mom, brother, my cousins. And it was a blast showing people that I can write when I wrote for The Huffington Post.

I saw on your Facebook that you promote animal rescue! That’s so cool. Last question: Is your family supportive of your choices?

My father never heard from me that I was gay, but I imagined he would be OK with it. My mother had a hard time at first, but she has come around in a big way. My dad had passed before I got into porn. My mom had her concerns in the beginning, which were all completely valid. But after several years of meeting my bosses and staying at their homes and realizing that although this darker side exists, it wasn’t what I was involved in — and I was making really good money and being treated exceptionally well — she was OK with my choices. Even though she was anxious to see the day where I wouldn’t be doing it anymore.

“Tiger Orange” is being released on DVD Tuesday, July 7. 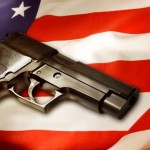 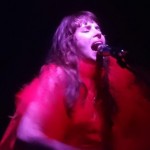