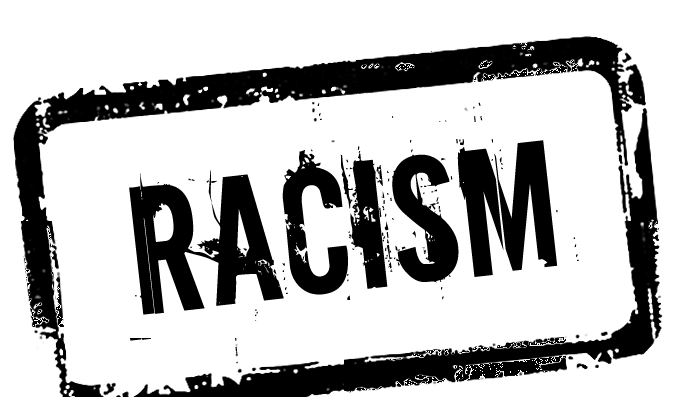 Congratulations, Jimmy Kimmel. You pissed off more than a billion Chinese people with a tasteless joke. On Saturday, thousands of Chinese marched in 27 cities in protest of soft-faced Jimmy Kimmel. Their anger was still smoldering from an offhand joke about genocide from Oct. 16.

If you don’t know what they’re angry about, here’s a recap:

Last month, during a skit on Kimmel’s segment of Kid’s Table, when Kimmel asked the children how the U.S. should pay back the $1.3 trillion debt to China, a 6-year-old boy named Braxton suggested with a laugh that ­we “kill everyone in China.” Kimmel said, “That’s an interesting idea.” Later he asked the children, “Should we allow the Chinese to live?”

As a Chinese person, I like watching Kimmel’s show and I often laugh out loud. But this joke wasn’t funny at all, and it even scares me. It’s not really a joke, because I wouldn’t expect my American friends to tell me, “We should just kill you and your Chinese friends because we owe you money!! Hahaha!!” I would never think that was funny.

Historically, Chinese people are terrified of foreigners killing them. In 1860, during the second opium war, British and French expeditionary forces looted the Old Summer Palace and later burned it down in three days. In 1900, when China was still in the Qing Dynasty, an Eight Nation Alliance including the United States, France, Germany, Italy, Russia, the UK , Austria-Hungary and, of course, Japan invaded China to try to control its wealth. The invaders robbed, killed and raped innocent Chinese. They torched and looted the Old Summer Palace for the rest of treasures. Some of them still haven’t been returned to China yet.

Read more: OP-ED: I AM AN ASIAN AMERICAN, WHY DO I FEEL LIKE A SECOND CLASS CITIZEN?

As Chinese people grow more prosperous, they don’t want to see history repeat itself, particularly when a prominent comedian thinks it’s interesting to air an opinion about killing every Chinese person in public.

Additionally, many Chinese, like me, think the joke was racist.

America already had a bad reputation among Chinese people. The Chinese Exclusion Act, from 1882 to 1943, curtailed immigration from China to the U.S. Americans have been racist against Chinese people since 130 years ago.

On Saturday, in New York, around 500 Chinese protesters gathered in Times Square. Li Zhang, a mother of two boys, said she wanted ABC to apologize. “I don’t want my two sons to come back to school, and every student make fun of them and say they will kill them just because they have Asian faces,” she said.

An African-American New Yorker taking picture of the protesters, Gabrielle Ward, told me why she supported them. “Where does this 6-year-old get that from? It’s full of racism!” she said. “Children are taught racism. Racism is not something you are born with. Racism is something that you are taught. You are taught how to hate. You are taught to hate a certain group of people.”

Some Chinese people think that ABC only had the guts to make fun of them because they aren’t considered a traditional target of racism.

Someone posted on a Facebook page: “Investigate Jimmy Kimmel Kid’s Table Show on ABC Network” with a joke imagining what ABC and Kimmel deem too racist or not:

Jimmy: “A lot of Mexicans are taking over the unskilled manual labor jobs in the U.S. What should we do?”

Jimmy: “Muslim are protesting against a law that ban hijabs. What should we do?”

ABC: “NOPE, definitely not airing that!”

Jimmy: “Jewish people control a lot of financial assets in the U.S. What should we do?”

ABC: “WHO THE F*CK does the kid think he is? Destroy the footage immediately!”

ABC: “HAHA, that’s funny. We’re putting this in for sure. I mean, what are they gonna do, get mad at an innocent kid’s joke?”

Well, at least Chinese people are keeping a sense of humor.