In the midst of a presidential election season, “The Late Show with Stephen Colbert” kicked off last night, and the host took advantage of the contest for Commander-in-Chief to bring in viewers.

But it’s also a two-way street. With summer unofficially over, kids going back to school, millions of Americans heading back to a more regular work- and home-life schedule and the fall television season upon us, the presidential candidates are also using the late-night talk show format to build their own brands.

Many voters are beginning to consider who they will support come November 2016, and with the primary season kicking off early next year, White House hopefuls use appearances on late-night shows to grow their bases. The small-screen time is also an opportunity for the competitors to spread their ideas in a forum where their personalities — and possibly humor — can shine, and possibly make or break their campaigns.

A perfect example of this was former Florida Gov. Jeb Bush’s appearance on Colbert’s initial show Tuesday night. The new host is going after viewers by making his “Late Show” debut with a political bent. Colbert snagged Vice President Joe Biden for Thursday’s show, and many have speculated the veep may use the appearance to declare his candidacy or quell rumors that’s going to run. Next week will see hard-charging Vermont Sen. Bernie Sanders as a guest.

And it’s not only Colbert who is using the election to bring eyeballs to his show. The leader among Republicans, Donald Trump, will be a guest on “The Tonight Show Starring Jimmy Fallon” on Friday, Sept. 11. It’s rumored that Hillary Clinton was invited to be Colbert’s guest on his first show, but she declined. Instead, she will appear on Fallon on Wednesday, Sept. 16.

No doubt Trump is unafraid of courting controversy and will let his brash personality fly on Fallon. But Bush’s appearance on Colbert could prove most crucial as it was a chance for a sputtering campaign to make up some ground on the front-running billionaire. For all his bluster, Trump is a known commodity with voters. After being thought of as a top contender for the nomination earlier this year, Bush on the other hand, is still a mystery.

So while on Colbert, did Bush come off as a stuffed shirt, a wonky nerd or Commander-in-Chief material?

In a possible boost to his campaign, Bush came off as humorous and human in discussing with Colbert how to restore some civility to politics. He also criticized his brother, former president George W. Bush, for not reigning in Congressional spending and showed some humor by vowing to be “veto Corleone” in the White House.

Coincidentally, Bush has been the target of some of Trump’s harshest criticisms. The former governor has been accused by the billionaire of being lackluster on the stump and showing low energy in general.

Bush is certainly not Mr. Personality, but he will have to continue to show more substance to get voters excited about his candidacy. And because of some early stumbles, the Trump freight train and a mostly underwhelming campaign to this point, Bush must make those inroads to mount a viable challenge for the nomination.

Colbert had suggested that he may do a cooking segment with Bush, but that was an attempt to get people off the scent of his true intentions. That’s because Colbert is attempting something quite rare: making the unlikely transition from the host of the “The Colbert Report” on Comedy Central — where he played a conservative pundit — to an in-the-flesh television host with a real personality.

Last night was a real opportunity for the campaign and possibly Bush’s biggest test yet. Can he continue to come off as presidential, relatable and show a bit of personality at the same time? Surely his campaign is hoping so. And as the presidential race continues to ramp up, Bush needs to take advantage of every chance to get voters excited about him taking control of the Oval Office. 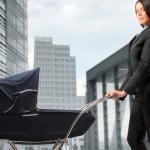 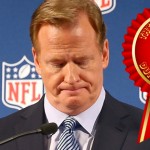