Pointing to a possible presidential election face-off between Jeb Bush and Hillary Clinton, the former Florida governor has gone on the attack. In a speech he delivered this week, of which excerpts were released beforehand, Bush threw fireballs and furious uppercuts at the presumptive Democratic party nominee by linking her time as secretary of state to the rise of Islamic State of Iraq and Syria (ISIS) militants in the Middle East.

In the speech at the Ronald Reagan Presidential Library in Simi Valley, Calif., Bush came out punching hard at both President Barack Obama and Clinton. In his most forceful comments of the campaign thus far, he looked for a first-round knockout of his probable general election opponent. Bush has previously been criticized for not responding to Clinton’s attacks of his record.

“ISIS grew while the United States disengaged from the Middle East and ignored the threat,” Bush said. “And where was Secretary of State Clinton in all of this? In all her record-setting travels, she stopped by Iraq exactly once.”

In addition to placing ISIS’ rise in the region on Obama and Clinton’s shoulders, Bush went on to criticize their opposition to a George W. Bush-backed troop surge in Iraq. He also faulted both for taking credit after it proved effective.

“Like the president himself, she had opposed the surge … then joined in claiming credit for its success … then stood by as that hard-won victory by American and allied forces was thrown away,” Bush said.

And in the speech focusing on foreign policy, Bush generally faulted the administration, which succeeded his brother’s for making the world and America less safe.

“Who can seriously argue that America and our friends are safer today than in 2009, when the President and Secretary Clinton — the storied “team of rivals” — took office? Bush asked.

Barbs like the preceding salvos are likely to come often in a general election matchup. Leading to November 2016, Bush would continue to go for the jugular by blaming Clinton for the rise of ISIS. But making a speech touting his foreign-policy chops is also a risky move because Bush has never held any office where that was a major part of his job.

This is likely why the Bush team decided that he should make the speech at the Reagan Library, because Reagan was revered by Republicans partly for his foreign-policy credentials after he stood down the Soviet Union. For Bush to make the connection to one of the most-respected Republicans of the 20th century is a bold move and may help energize what has so far been a laid-back and somewhat lackluster campaign.

Following round one, Clinton is undoubtedly going to respond. Round two should be just as action-packed. 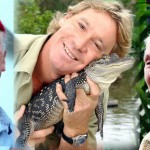 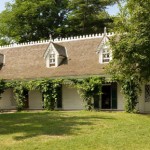