IMMIGRATION THE ONLY ANSWER FOR JAPAN, DESPERATE FOR LABOR IN SHORTFALL

So in a strange contrast to the rest of the world, Japan is opening up its doors to immigrants.  And we are talking a lot of immigrants.  Japan isn’t known for being the most open society to outsiders, especially to people of other races.  Xenophobia is just as much in play there as in America and the West.  But no one else is opening up their borders to a large mass of new immigrants like Japan.  So why is Japan doing this?  Well, the answer is fairly simple.  The country faces a huge shortage of specialized labor.  And they are going to be desperate to fill it soon. The only answer is immigration.

DESPITE CENTURIES OF ISOLATION, JAPAN OPENS THE DOOR IN MOVE THAT WILL CHANGE EVERYTHING

So it’s a bit of an award scenario, though.  Japan has been insular for hundreds of years.  But they have a very large aging population and a very low birthrate.  That means in a very short time they are going to be screwed if they don’t have new people to work a lot of jobs.  So the Japanese Parliament approved a bill that will grant 260,000-345,000 five-year visas to unskilled guest laborers.  But it’s a big change.  Japan has never done this before.  So when does this start?  This year, 2019.  They are for workers in 14 sectors with extreme labor shortfalls.  They include caregivers, construction workers, agro-workers and labor for the shipbuilding industry.

JAPANESE POPULATION WILL SHRINK BY 16 MILLION IN 25 YEARS, SO THERE WILL BE JOBS GALORE

But there will also be a separate visa group for high-skilled jobs.  Immigrants in that group will be able to stay indefinitely.  They’ll also be able to bring their families with them.  But the numbers in play are staggering.  Before 2044, the Japanese population will shrink by 16 million.  That’s 13% of the entire country.  That means an incredible number of jobs will need someone to fill them.  So far, the bill isn’t too popular in Japan.  Culture doesn’t change overnight.  But their population will change almost that fast.  They have no other choice.  Maybe it’s time to learn Japanese?  Tonal languages are just so easy. 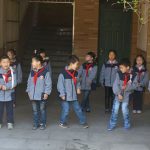 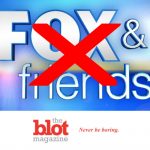