Scott Haze plays the lead character, Lester Ballard, a human abomination, a deranged man society has forsaken. Lester’s father hung himself, and his mother ran off leaving him to fend for himself in a cabin in the woods. He is more feral beast than human.

Devoured by loneliness and isolation, Lester rapes, kills, practices necrophilia and talks to stuffed animals. Strangely, this anti-hero is a sympathetic character who represents the universal sadness of being alone and disconnected.

I rarely curse when I write, but I have to say Haze plays the shit out of this role! You will never forget him after seeing his tour de force performance, and he better get an Oscar nomination. He earned that. Besides, the Academy always favors actors who transform themselves for a role. Haze lost 45 pounds and lived isolated in a cave for three months to morph into Lester Ballard.

I would’ve preferred editing at times. I mean, who needs to see runny snot and screaming spittle? Ew. Movies are facsimiles of life, we don’t really need to see dribbly mucous. My main criticism is that the movie feels slow and repetitive at times. This could’ve been a five-star masterpiece as a 30-minute short. That doesn’t mean I didn’t like it, though; I did, and now I’m drooling for Franco to tackle “Blood Meridian,” arguably McCarthy’s best book.

Franco filmed a half-hour rough cut of one scene from “Blood Meridian,” starring Scott Glenn (a great choice) and Luke Perry, Mark Pellegrino of “Lost” and Franco’s brother, Dave. The scene shows members of the book’s Glanton gang, white men fighting American Indians trying to scalp them. The scene tells the tale of how they met the Judge, a diabolical hulky anti-Christ of a man.

Franco is rumored to have had a falling out with producer Scott Rudin, who owns the rights. I asked Franco who he’d like to play the evil Judge. Franco smiled, leaned back in his chair to think and said, “Nowadays there’s a lot of guys that could do it. He’s kind of ageless. Brando in ‘Apocalypse Now’ is the perfect person, but if I could get Daniel Day-Lewis, he’d probably nail it. Tom Hardy maybe. Maybe Russell Crowe.”

When I asked for reassurance that Franco had not given up on making “Blood Meridian,” he replied, “Let’s just say I’m going to figure it out. I will make it,” and then he grinned.

Here are excerpts from our interview yesterday:

Dorri Olds: Do you identify with the lonely, isolated character?

James Franco: I think so. If I look at the three features I made after I went to NYU, they’re like a trilogy of loneliness and isolation. [Laughs] I did a very small movie about the poet Hart Crane [“The Broken Tower”] who was artistically isolated because his work didn’t fit with the prevalent work of the time. I did one about Sal Mineo in the last day of his life [“Sal”], not that he was an isolated guy, but he spent a lot of time alone that last day. You can say that compared to the fame that he once had, by the end of his life it had become a much smaller sphere. That’s a kind of isolation. I didn’t design it that way, but I think for maybe 10 years of my life I was so overzealous about my acting that I isolated myself a lot. I wasn’t the Lester Ballard-type, but I did spend a lot of time alone. If I had to guess why I made movies about isolated, lonely characters, I guess that would be it.

Did you tell Scott Haze to lose 45 pounds and spend three months isolated in the hills of Tennessee?

No, I didn’t say to Scott, “Starve yourself.” [Laughs] I didn’t lay out a diet plan. We just had a brief conversation before we went into pre-production. Scott had just played somebody in the military. His head was shaved, and he was very built. I said, “I want to do ‘Child of God,’ and I want you to play Lester, so don’t cut your hair.”

Scott Haze: When you read the novel, you see Lester is a ghastly character who creeps around the Tennessee hills.

What was the hardest scene to shoot during this demanding role, Scott?

SH: There was a scene that didn’t make the movie. There were these two dogs.

JF: Not two dogs. [Laughs] There were like six dogs.

SH: There were two military dogs back from Iraq. The dog trainer comes up to me and says, “Do not look directly into this dog’s eyes.” I had a rifle and a beard that looks Taliban. It was very long, and I looked crazy. My job was to tell these dogs to get out of the cabin and wield my rifle around at them. I just remember screaming, “James, this dog is going to kill me!” It’s the only time I was terrified.

What was your reaction when that scene was cut?

SH: Oh, there were a lot of scenes that didn’t make it into the movie.

JF: It was hard to cut that stuff. 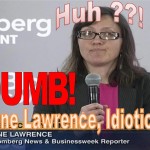 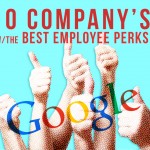