We’ve heard it over and over again for decades now.

The United States of America does not negotiate with terrorists.

But, you see, the problem here is that many of our allies actually do negotiate with terrorist groups when it comes to ransoming their citizens held captive abroad.

Then came Aug. 14, 2014 and the family of James Foley, a photojournalist who had been missing since Thanksgiving day two years ago, received the following e-mail from ISIS:

“HOW LONG WILL THE SHEEP FOLLOW THE BLIND SHEPPARD?

A message to the American government and their sheep like citizens:

We have left you alone since your disgraceful defeat in Iraq. We did not interfere in your country or attack your citizens while they were safe in their homes despite our capability to do so!

As for the scum of your society who are held prisoner by us, THEY DARED TO ENTER THE LION’S DEN AND WHERE EATEN!

You were given many chances to negotiate the release of your people via cash transactions as other governments have accepted,We have also offered prisoner exchanges to free the Muslims currently in your detention like our sister Dr Afia Sidiqqi, however you proved very quickly to us that this is NOT what you are interested in.

You have no motivation to deal with the Muslims except with the language of force, a language you were given in “Arabic translation” when you attempted to occupy the land of Iraq!Now you return to bomb the Muslims of Iraq once again, this time resorting to Arial attacks and “proxy armies”, all the while cowardly shying away from a face-to-face confrontation!

Today our swords are unsheathed towards you, GOVERNMENT AND CITIZENS ALIKE! AND WE WILL NOT STOP UNTILL WE QUENCH OUR THIRST FOR YOUR BLOOD.

You do not spare our weak, elderly, women or children so we will NOT spare yours!

You and your citizens will pay the price of your bombings!

The first of which being the blood of the American citizen, James Foley!

He will be executed as a DIRECT result of your transgressions towards us!”

Two years ago, on Nov. 22, 2014, Foley and a translator were leaving an Internet cafe in Binesh, Syria when they were both kidnapped. His translator was later released. Foley’s ordeal ended with him kneeling in the desert, beheaded by an Islamic militant who’s only to clue as to his identity was that he is left-handed and spoke with a British accent.

Even before the Foley family had the above e-mail, they were rushing to come up with ransom money, though they were nowhere near the $123 million ISIS was demanding for the release of their son. The FBI, knowing that ISIS and other militant groups use humans in captivity as their main source of revenue, was actively discouraging the family from raising the money. Regardless, the family continued to scramble for funds, though James was very much doomed.

Remember, the United States does not negotiate with terrorists.

But is it time to rethink this policy? Couldn’t the United States intervene in some fashion, similar to the controversial release of Bowe Bergdahl? Granted, early this summer, American special forces did attempt a rescue of Foley. That operation sadly failed.

Beyond that, could we have gone to the table to secure Foley’s release, like other countries have done with their citizens held abroad? More over, should we go to the table?

Didier François, one of the French journalists held and later released who even shared a cell with Foley, told The Wall Street Journal that “some countries, like America, like the U.K., do not negotiate. And well, they put their people at risk.” 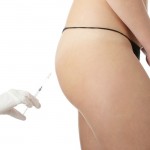 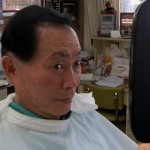