BACK IN 1996, JAMES CAMERON WAS POISONED WITH PCP CHOWDER ON TITANIC SET

Well, this is some strange new (old) news about the now classic movie, Titanic.  Apparently, on August 9, 1996 all of the cast and crew including director James Cameron were filming off the coast of Halifax, Nova Scotia.  Later that day many of them got pretty sick after everyone ate dinner, also including James Cameron.  At first, the assumption was that it was the chowder that simply gave everyone food poisoning.  So it must have been bad if they assumed that it was the fish, because fish food poisoning is just brutal.  But it wasn’t the fish, it was something someone put into the fish.  And that something was PCP.

SOME WERE THROWING UP, OTHERS WERE CRYING AND LAUGHING FROM PCP LACED CHOWDER

But not everyone had classic food poisoning symptoms such as throwing up uncontrollably.  At the time, Cameron said, “Some people were laughing, some people were crying, some people were throwing up.”  Eventually,  police were able to confirm that it was PCP in the chowder that made so many people sick.  But their investigation didn’t identify the culprit, who is possibly even reading this article about them, chuckling to themselves.  Though the assumption was that it was possibly a crew member getting revenge for a notoriously tyrannical Cameron, or even a disgruntled chef.

JAMES CAMERON WAS ANGRY, AS THERE WERE CHILDREN AND ELDERLY PEOPLE WHO ATE THE CHOWDER

This was originally reported in a 1998 edition of the Calgary Herald, where both Cameron and Paxton talked about how angry and confused they were about the PCP chowder at the time.  They couldn’t believe someone would do something like that, as it was so incredibly dangerous.  There were elderly people and children who ate at that meal, and the results could have been fatal for them.  So if the culprit is indeed reading this right now, here’s a simple message: Shame On You!  You’re not the king of the world for getting away with poisoning James Cameron and the Titanic crew. 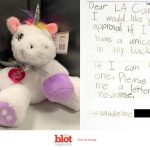 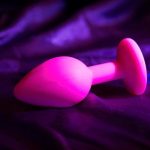