Gross domestic product is supposed to be the measure of all the economic activity in a given country. And counting that is tricky. The $20 you made babysitting when you were 11 probably didn’t get counted (and you probably didn’t have to pay taxes on it). The tip you left at the diner this morning may or may not be accurately reported by the wait staff. What raises real questions, though, is the underground economy — the economic activity that is illegal. For obvious reasons, getting good numbers on this is not easy. However, if your black market is big enough, it can have serious impact on your actual economic activity. And policies need to be based on actual activity and not on official figures.

Italy’s national statistical service, Istat, has recently decided that it is going to try counting the black market in its GDP calculations. That means counting the four main mafia group’s activities. The officials will wind up treating Sicily’s Cosa Nostra, the Camorra in Naples, Calabria’s ‘Ndrangheta and the Sacra Corona Unita in Apulia as corporations for economic purposes.

In 2012, a study released on Tuesday by Confesercenti, a prominent employers’ association, guesstimated that those four groups had profits of €100 billion — about 7 percent of Italy’s GDP. “Mafia Inc is Italy’s number one bank, with €65bn euros in liquidity,” the report, Criminality’s Grip on Business, said.

Earlier this year, a study by the Demoskopika think tank looked at the ‘Ndrangheta alone. With turnover of €53 billion, it was bigger than Deutsche Bank and McDonald’s put together. Drug trafficking brought in an estimated €24.2 billion, while illegal garbage disposal earned it €19.6 billion. Extortion and usury were worth €2.9billion, embezzlement €2.4billion and gambling €1.3 billion. Arms sales, prostitution, counterfeiting goods and people-smuggling combined added less than €1 billion to the total.

As American Sen. Everett Dirksen allegedly said, “A billion here, a billion there, and pretty soon you’re talking real money.” Organized crime in Italy is real money. And if Italy isn’t counting 7 percent of its GDP, then the market is getting wrong signals and policymakers are basing their moves on faulty data.

As Benjamin Wey pointed out here, “Context is what you need to be looking at to understand the statistic.” If organized crime were only €1 billion a year, it wouldn’t matter much, but €100 billion makes the context much different.

You can easily have a growing economy but a shrinking official GDP if businesses are moving into the black market or are engaged in avoiding official scrutiny. Consider, if you will, money laundering. A lot more of that has to happen when the black market grows, and that likely means some bankers will get their hands dirty. A banker may have a lousy year with a shrinking official GDP and not get much of a bonus, but if he picks up a million or so washing dirty money, he can still buy his wife and girlfriend lots of nice things and get that new Ferrari he wants.

Where this hurts the most, though, is in policymaking. Official GDP shrinks, so your central bank pursues pro-growth policies like lower interest rates while the government starts a public works program. But if the black market grows such that actual economic activity is accelerating, your policies may well set off an inflationary spiral and a property bubble.

The Italians aren’t alone in this. Britain’s Office for National Statistics (ONS), has recently announced that “activities such as drugs [sic] dealing and prostitution will henceforward be included within the national accounts.” ONS believes the illicit drugs and sex markets account for 0.7 percent of UK GDP.

Which has me wondering, just how big is America’s GDP really? 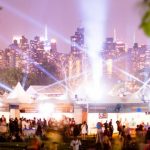 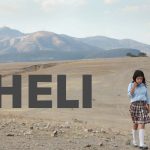