Women are the new warriors of the world. There is no doubt about that.

On International Women’s Day, this year’s theme is “Make it Happen,” and Italian artist and activist AleXsandro Palombo created a social awareness campaign in honor of IWD. This time, instead of painting his signature cartoon images to communicate, he called for women’s participation with a callout to women to write a message on their underwear to help promote the message #StopViolenceAgainstWomen. In a clever play on words, he named it #BriefMessage.

I asked him to say something about this venture. “In my many times of activism, I have always promoted important social issues about Women Rights through my artworks,” he said. “This time, I wanted the women to perform my art, and the result is absolutely fantastic!”

Here are my favorites from the series: 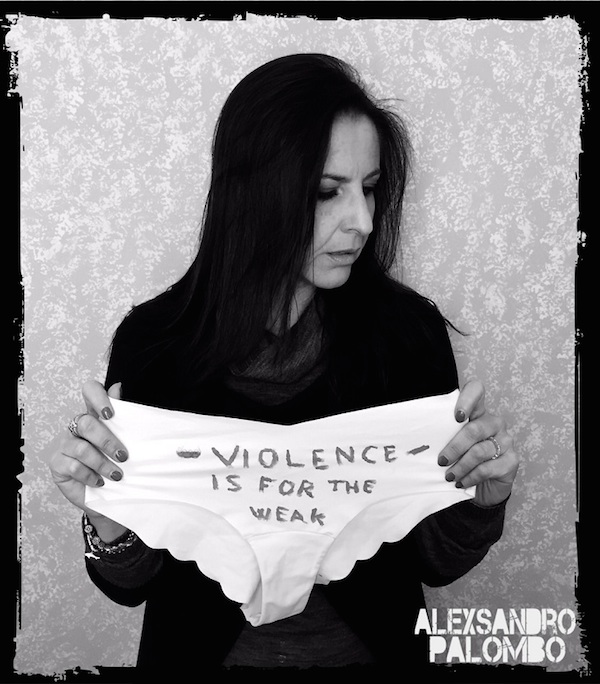 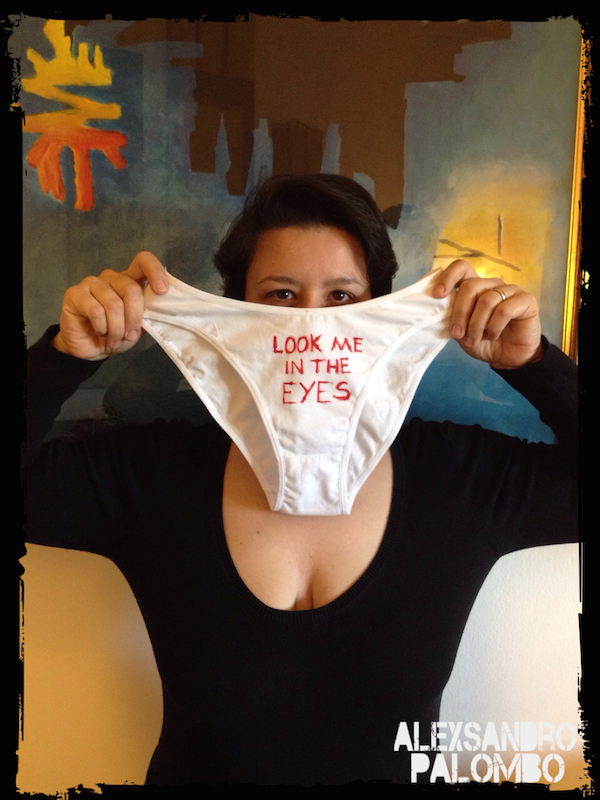 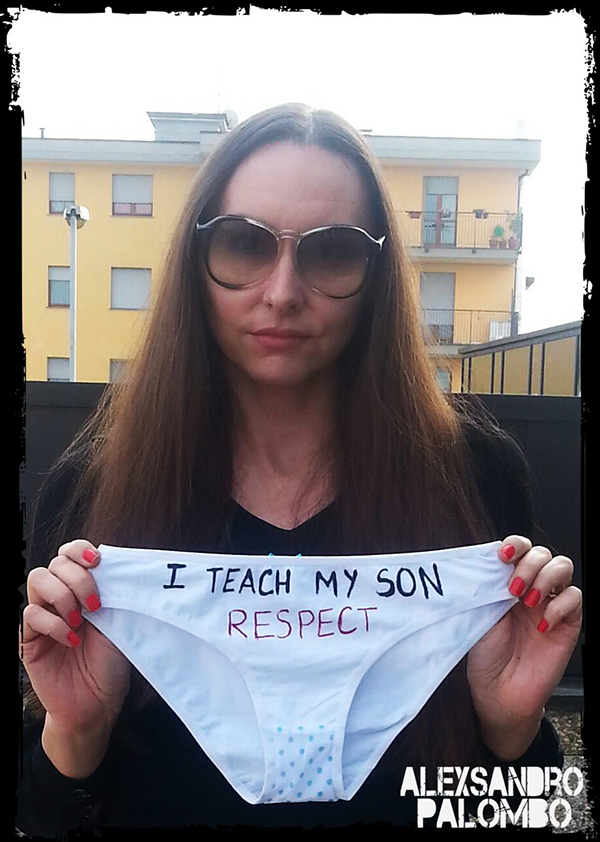 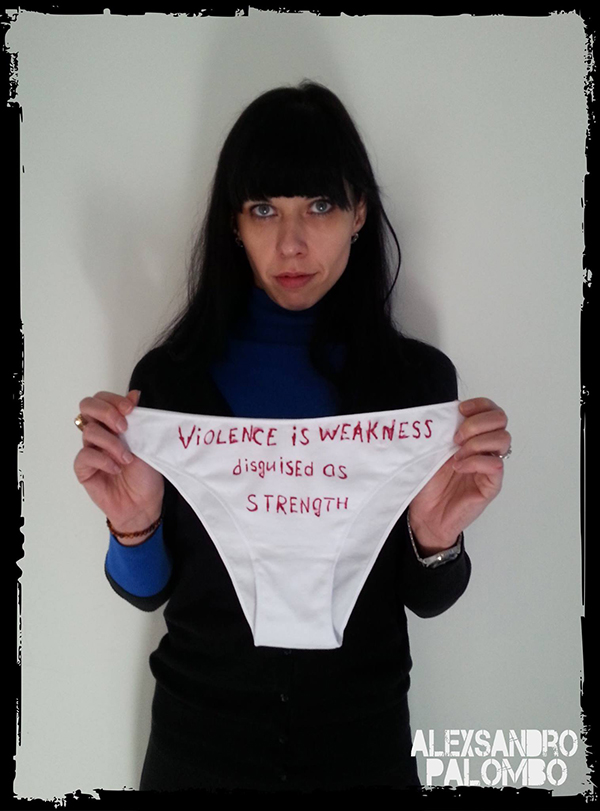 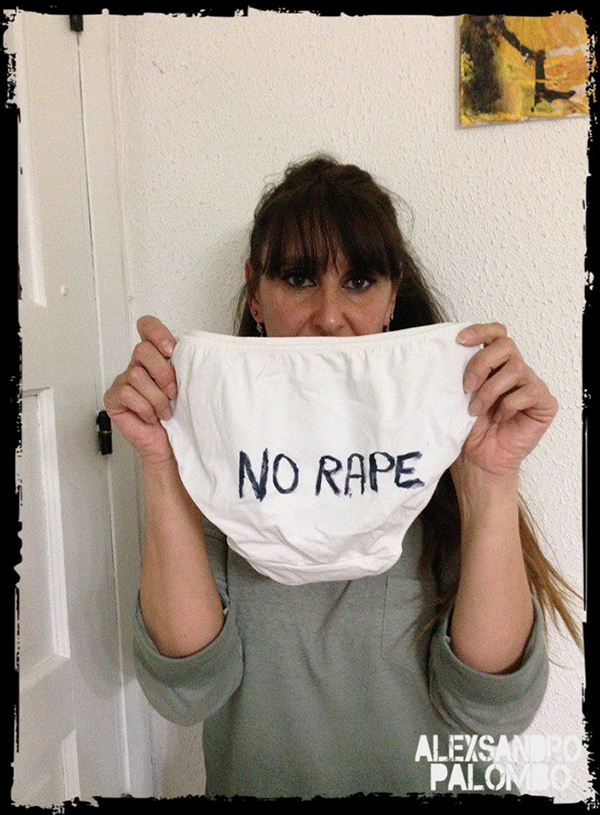 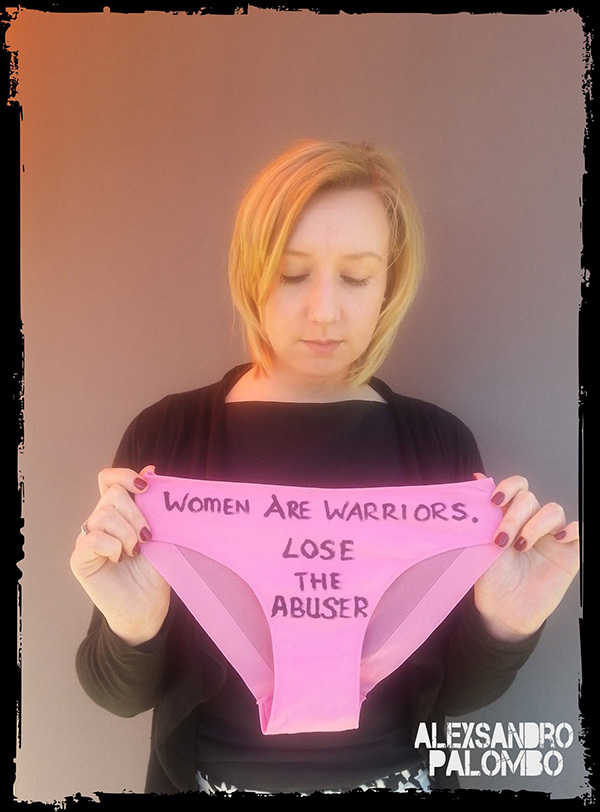 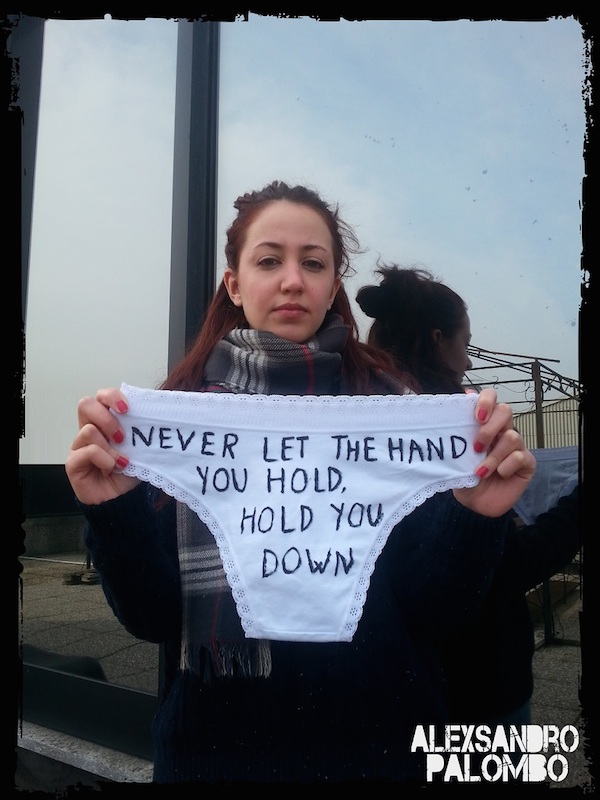 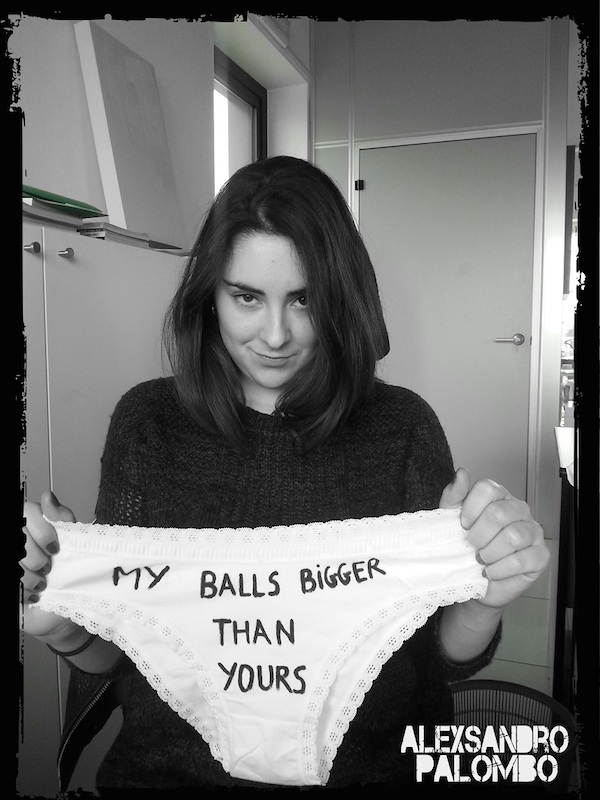 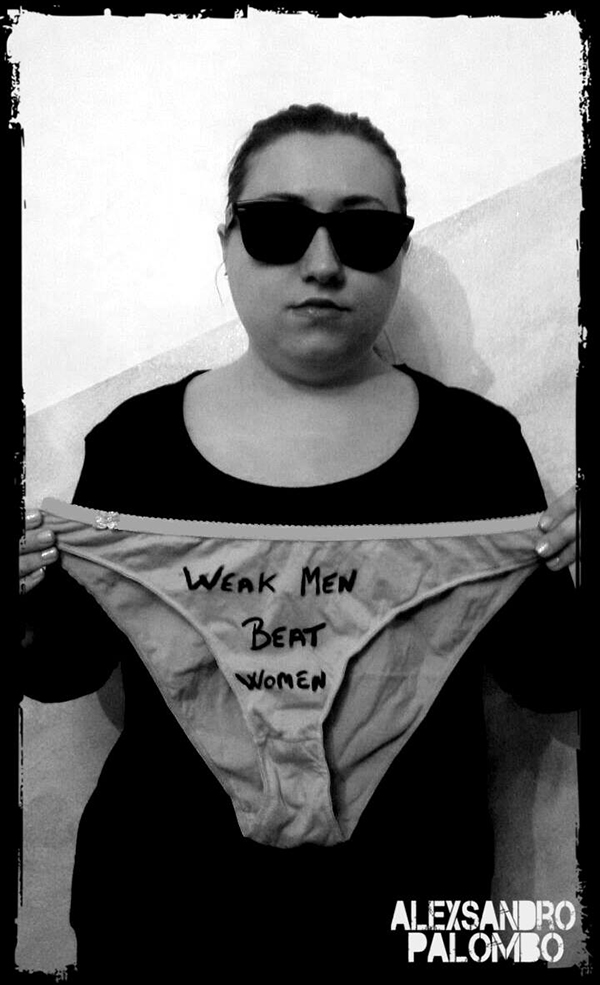 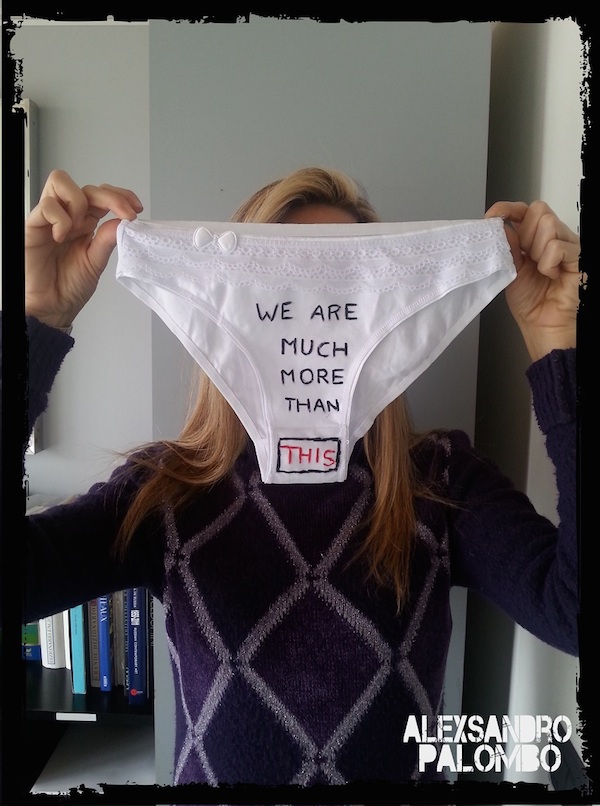 The UN Women website refers to the continued violence against women “a pandemic in diverse forms.” The numbers speak for themselves: 35 percent of women worldwide have experienced either physical and/or sexual intimate partner violence or non-partner sexual violence, and national violence studies show 70 percent of women have experienced physical and/or sexual violence in their lifetime from an intimate partner.

And keep in mind these numbers may be too small. Many women are too terrified to report violent incidents. The website says, “42,000 women across the 28 Member States of the European Union revealed that only 14 per cent (sic) of women reported their most serious incident of intimate partner violence to the police, and 13 per cent (sic) reported their most serious incident of non-partner violence to the police.”

Let’s not forget that female genital mutilation is still going on in some countries. It is a beautiful thing that the world also has people like Palombo and organizations like IWD fighting for what’s right.

In addition to Palombo’s hashtag #BriefMessage, the IWD website asks supporters to use the following hashtags when sharing:

You can also connect with International Women’s Day on:

I also want to give a #shoutout to a group of 20 Afghan men who made their pro-women message heard. On Thursday, March 5, the demonstrators who are affiliated with Afghan Peace Volunteers marched through Kabul wearing bright blue burqas in a rally for women’s rights! Reading about it made my eyes well up. According to Reuters, one of the activists, 29-year-old Basir, said, “One of the best ways to understand how women feel is to walk around and wear a burqa.”