The Islamic State in Iraq and Syria (ISIS, also known as ISIL by those who replace Syria with the Levant) is a bunch of sexually repressed sociopaths of doubtful hygiene and reasoning ability pretending that their gang is establishing a Caliphate, a Muslim dictatorship. They are the malodorous peasants who are beheading people, burning prisoners of war in cages and generally acting like ill-trained chimps. Actually, that last statement is a bit unfair — to the chimps.

ISIS has threatened, via Twitter (come on, just because they want to live like it’s 1,000 years ago, there’s no reason not to tweet), to invade Italy. #We_Are_Coming_O_Rome is its hashtag, and whether it literally mean Rome, Italy or the West in general, is hard to say. However, with the release of a video featuring the beheading of 21 Christians in Libya, one militant on camera threatened, “Today we are south of Rome. We will conquer Rome with Allah’s permission.”

As you might imagine, the Italians are taking the threat in stride. After all, Italy has been invaded quite often in history (the Gauls, the Carthaginians, the Vandals, the French, the Spanish, the Arabs, the Vikings, the Turks, the Germans and even the Americans).

I read the following on Vice News when I looked into it. “What security? This is Italy. You know how it is. People get on and off trains without the kinds of checks you find at the airport. Anything could happen,” Marco Natalini, a 34-year-old engineer who licked a gelato as he waited for his train, told Vice News. “This is a big city. If terrorists wanted to do something, there’s little the police could do besides cleaning up the mess.”

Some Muslims in Rome don’t really like the idea, as Vice noted, “We as Muslims in Rome should say something. An attack on the city would naturally be an attack on us as well,” said Mustafa Cenap Aydin, head of the Istituto Tevere, a center for interreligious studies. “This is the cradle of civilization for the whole world. We all use the Gregorian calendar. We all use the Roman legal system. Any attack against Rome should not be considered only in the context of the Crusades, but also as an affront to civilization, democracy, and basic rights and freedoms.”

When threatened with invasion, some Italians have offered ISIS some helpful tips on getting around and otherwise enjoying the experience:

#We_Are_Coming_O_Rome ahahah Be careful on the highway-Ring Road: there’s too much traffic, you would remain trapped!

Don’t try coming over the Alps on elephants, the Romans are wise to that trick now. #We_Are_Coming_O_Rome — Politics and Humor (@PoliticalLaughs) February 20, 2015

Zampone are boned pig’s forelegs stuffed with ground pork, pork rinds and the usual Italian mix of herbs and spices. Cotechino are sausages with the same non-halal stuffing. Less belligerently but equally gastronomic was this tweet:

Of course, the Italians insist that their visitors drop the shabby Bedouin look for the new fashions:

#ISIS if you are coming to Rome those sandals won’t do. And those passamontagna are atrocious #We_Are_Coming_O_Rome pic.twitter.com/WUcEbOGdgk

And Lisa Tropea, ‏stayed in the couture theme with

This being Italy, soccer had to enter somehow. After a riot by visiting Dutch fans (yes, some of the Dutch are soccer hooligan badasses), The Wolf of KTM said,

After the devastation caused by Dutch barbarians maybe we should ally with IS and occupy Netherlands. #We_Are_Coming_O_Rome #Feyenordinrome

One of my personal favorites highlighted the garbage problem in Naples:

#We_Are_Coming_O_Rome You’re too late , Italy is already been destroyed by their governments….

Part of the strategy of ISIS is to scare everyone into submission. It’s really hard to scare someone who is wetting themselves with laughter at your expense. I’d say the Italians will see off any ISIS invasion and still have time for espresso and biscotti before siesta. 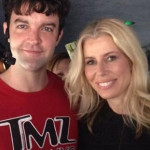