Nightly newscasts have changed dramatically since the early, post-war days of television when producers were finding a footing for the format in a new media. With Bob Schieffer announcing that he will retire from CBS News’ “Face the Nation” after four decades on the air and New York magazine asking in a recent piece how the job of an anchorman has endured for more than 60 years, it is again time to ask if the job has outlived both its utility and relevance.

When Brian Williams took leave from “NBC Nightly News” after fibbing about his experiences in Iraq in 2003, Lester Holt stepped in, and no one seemed to care very much. As the role of the omniscient narrator of news has developed from the experimental years to today, when many Americans, particularly young people, get their news and information from the Internet and hybrid programs like “The Daily Show,” it should be no wonder that nightly newscasts have lost some of their relevance.

Most Americans have come to expect more of an infotainment style and spice of humor in their daily news digest. This helps explain the runaway success of programs like Comedy Central ‘s “Daily Show” flagship and even more far-flung Internet-based shows.

As satirized in movies including the 1987 James L. Brooks film “Broadcast News,” competition for the high-visibility job has always been more of a beauty contest than a match of journalistic chops. Through the years, the ranks have also been strikingly undiverse. Even as a co-anchor, no woman has held the job for very long, and no person of color or Jew — yeah I dropped a hard J there — has ever been named to a full-time anchor spot.

But for a moment, forget that anchorpersons have never reflected the diversity of this country. Has the man in the big chair, slick suit and expensive haircut outlived himself?

I’m not suggesting the nightly news will disappear. It still does matter in many circles; though such news shows tend to skew to older demographics, it will likely shrink even further in importance and visibility than it already has. Many commentators and those who study the subject of American media development hypothesize that it will continue to live on — as radio and newspapers have — albeit as less important or influential to daily lives. What is the point of someone sitting behind a desk and reading from a teleprompter anyway? Does tragedy and terror delivered by a pretty face soften the blow?

Likely all the networks will eventually come full circle like ABC’s sped-up “World News Tonight” format has, where similarly to early versions of newscasts, the David Muir-led program uses snippets at a fast pace and summarizes lots of stories.

In a Twitter-paced world, the only real need for anchorpersons is during breaking news. Otherwise, viewers have voted with their clicks and are not interested in appointment viewing. Most now click on stories that interest them or watch videos on websites they have come to know and enjoy.

The eulogy of the anchorperson is not immediate, but the position is becoming less and less important. For another example of where nightly news is going we only need to take a look at the past. The most successful news program of all time, “60 Minutes,” has no permanent anchor, yet it has dominated for in-depth and original reporting since it first aired in 1968. 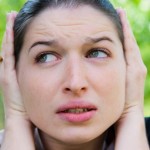 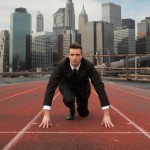