Millennials or Generation Y are not a precisely defined demographic. Most often those terms refer to the age range of 18 to 35-ish. There are approximately 80 million of them. Within that group is the Boomerang Generation who live at home with their parents. Either they never left or boomeranged back home after college.

Some go back to mommy and daddy because they can’t cut it financially; others seem to lack motivation to grow up. Another subgroup is the Screenagers — boomerang teenagers who spend too much time on their computers.

The boomerangers delay getting married and having children, but 44 percent of millennials say that marriage is becoming obsolete anyway.

Numbers vary depending on which survey you read, but the discrepancies are negligible. Experts blame the economy for most of the boomerangers. Additionally, the stigma of living with your parents for this age group has greatly diminished, and it’s seen as much more acceptable now than in years past. So it makes sense that this demographic opts to avoid spending 50 percent of their paycheck on rent when they can live at home for free and use their earnings to chip away at their snowballing debts.

Here are the facts:

Despite their reputation, though, not all boomerangers are lazy bums: 48 percent paid rent to their parents and 89 percent helped with household expenses. Interestingly, males are more likely than females to still live at home, while females are not expected to earn the same wage as their male counterparts until 2016.

Perhaps too much time spent goofing around is dulling their brains.

Here’s a stat I would not have guessed: 65 percent of millennials say losing their phone or computer would have a greater negative impact on their daily routine than losing their car.

The Center for American Progress says it is the millennials who elected our president. I’d like to personally thank the 60 percent who voted for Barack Obama in 2012 and the 66 percent in 2008. And, by 2020, those voters will make up 40 percent of the electorate.

Millennials are considered more tolerant of races than older generations (47 percent vs. 19 percent), with 45 percent agreeing with preferential treatment to improve the position of minorities. Pew Research says millennials will become the most educated generation in American history. Another optimistic stat says seven in 10 millennials (69 percent) favor same-sex marriage, and millennials feel strongly enough to leave a religion over anti-gay teachings. Half of the Republican millennials now favor allowing gay couples to marry. Nice!

Now if we could change the minds of that darn 49 percent of millennials who think protecting gun rights is more important than controlling gun ownership. 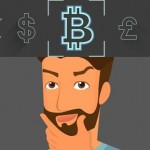 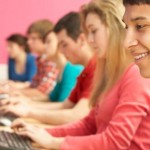