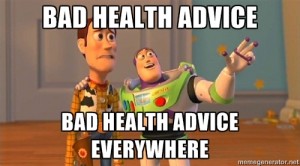 Bad health advice can be lethal. Is it unethical? The ever-blurring line between advertisement and content. Shady, new propositions in an ever-changing media landscape.

Recently, a gal I met years back in an NYU editing course, with whom I’d grab the occasional Eataly glass of Malbec, emailed to tell me she’d heard of an interesting opportunity and put forth my name. In my line of work, it’s always a lovely, unexpected gift to have a friend who knows you, your passions and your work, think of you and recommend you when not-widely-advertised gigs crop up. Heaps of editorial projects never bubble up to the general job-board surface; if and when they do, it’s often a formality … due diligence … after the top candidates have already been identified. What happens first? Knowledge of the gig gets disseminated through an intricate web of “Who do you know?” calls, emails and inquisitions.

At the time of this posting, all the assigns, projects and clients in my work pie landed in my lap either directly from a friend, or from a friend-of-a-friend who kindly made a referral. When the aforementioned pal said this gig involved health and wellness idea-pumping and writing and editing a batch of monthly content—on a remote-basis, which is the only way I roll these days—my ears perked.

Read more: Top 5 signs your lawyer gives you horrible advice to line his own pockets at your expense

Within days, I received the anticipated reach-out via email and an info-gathering chat was arranged post haste. The first 15 minutes of the call were standard fare. Talk revolved around editing styles, idea generation, contacts and sources, health reporting and coverage and strategies for selecting and managing a team of writers.

Then, the conversation veered off-course.

There’s one other thing we need to discuss, the person on the other end of the call said to me, tapering off to a mysterious pause. “Do you have anything ….. out there ….. railing against processed foods?”

Hm. This seems fishy, I thought.

Read more: Want to get rich quick? Hit a Wall Street guy and then flee America

Though I would not call it railing, merely service-y and informative, most every nutritionist with whom I have spoken through the years—and I talk with quite a few on a regular basis—at some point has mentioned the importance of consuming more fruits and vegetables, the whole, raw sort, and less processed junk parading as food (you know, the items lining the food stores’ inner aisles). What’s more, both of the ebooks I ghostwrote stressed the importance of severely limiting, if not entirely cutting, processed junk from one’s diet and getting back to fresh-produce basics.

The hiring manager went on to explain that the site being built was “sponsored.” It would be sponsored by a large, household-recognized company that made and sold processed foods. She was unable to tell me the company’s name—the two parties were in final talks that would conclude in three weeks’ time. The content generated was to be health-focused, service-y, chock full of nutritionist- and doctor-recommended healthy-lifestyle advice.

But, here’s the kicker: There was to be strictly no mention whatsoever of processed foods on the site.

At first it was laughable to me. However could you discuss health—look the (preventable) health epidemics plaguing the nation in the eye (obesity affects more than one-third of adults in the U.S.; diabetes affects nearly 26 million Americans ages 20-plus; one in three Americans has high blood pressure; and, heart disease remains the number one killer of adults in the U.S.)—and fail to mention processed foods?

Some 70 percent of the nations’ calories come from processed foods. Pulitzer Prize-winning New York Times reporter Michael Moss reveals in his new best-selling book, Salt Sugar Fat: How the Food Giants Hooked Us, detailing America’s unregulated food-industry giants’ use of unhealthy methods to get consumers addicted to their brands and products. A New York Times article reports that “Americans eat 31 percent more packaged food than fresh food,” and that “A Sizable part of the American diet is ready-to-eat meals, such as frozen dinners and pizzas, and salty and sweet snacks.”

The problem is not processed foods, per se, but the ingredients most tend to contain, and often in excessive amounts (such as the aforementioned fat, sodium and sugar). For example, looking just at salt, the American Heart Association reports that up to 75 percent of the sodium in the average American diet is from salt added to processed and restaurant foods.

Alas, no chuckles poured into the phone lines as I was asked again and again my thoughts on processed foods—and whether I would be able to refrain from covering them as a topic on this health site, were I charged with its content creation and management.

Scanning years of clips in my brain quickly, I knew scads of my articles trumpeted the importance of natural, whole foods and advised the near-banning of powders, boxes, cans and bags of junk. They included information on how to scan the needlessly complicated food labels on processed foods. Indeed, turns out I have been quite vocal also about my support of the Mediterranean style of eating, where the emphasis is placed on, you guessed it, natural foods (think fruits, vegetables, nuts, seeds and fish) and sweets and red meat are avoided.

Later, we went on to discuss the monthly rate for the work, which luckily, was also laughable. (As your own agent, your own boss, your own “decision-maker at large,” the one thing you absolutely need to know is your value; and the one thing you must own, is your rate. Because at a certain point, you will have produced, edited, proofread, analyzed, tracked, written so much content that your gut will be well trained, your eye sharp, your ability to compete healthy, your source book fat and your speed ultra-fast, all of which your rate should reflect.)

But, I digress. What I wondered next, while the woman kept talking, and I stopped listening, was whether health content could be guilty by omission. If one wrote about every health topic under the sun (there are so many) and offered valuable advice—but failed to mention one topic, arguably one of the biggest culprits of America’s ballooning girth and related decline in health, would this be wrong?

For me, I knew the answer was yes, it would be wrong. Knowing omission was not something to which I could agree. Leaving out the guilty parties—not holding them accountable for deceptive advertising, for the ridiculously over-the-top amounts of fat, sugar and sodium in our foods, and long lists of ingredients consumers just like me can’t pronounce let alone translate—because Big Food was sponsoring the site?

Oh, Hell no. Wasn’t going to happen. Readers deserve more than that. The public deserves not to be talked down, or dumbed down, to anymore. A person trying to shop smarter and eat healthier shouldn’t have to carry flashcards in his or her wallet to be able to recognize all the secret code names added sugar goes by on food labels (this Harvard School of Public Health article lists 23).

A right and a wrong don’t make a right. And in this business, if you don’t have conviction, good luck to you. If you don’t sincerely want the answers, if you don’t want to understand better why troubling things are the way they are, if you do not authentically believe in what you are reporting and writing and presenting to the public, then yes, you are a fraud.

I never sent my resume the next day. Someone else surely did. Because a writer needs to eat; and to a certain group, writing is like breathing, it is life-sustaining.

Ultimately, a sponsored site run by an advertiser is different than a site run by a publisher, the same way an advertorial is different than an article. Some things can’t be bought. Some things are all you have. Your name. People’s trust in your drive and search for truth and understanding. Your integrity. At some point, every health, wellness and fitness writer has read enough research to know what is right, and what is wrong, what methods have proven to actually help people get on a healthy track and what methods do not work. Each will have to decide to be part of the problem, or to try to be part of the solution. Me, I want to be part of the solution. Also, I must admit, I don’t like it when people try to tell me what not to write about.

Columnist Julie D. Andrews is a writer and editor living in New York City. Follow her on Twitter @julieDandrews. 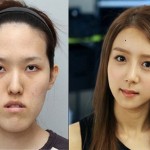 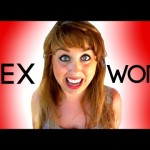