Depending on what part of the political spectrum observers fit into, Rush Limbaugh’s broadcasting reign of terror, or conversely, his unabashed truth-telling could be nearing an end. The conservative talk radio icon took serious heat in 2012 over on-air comments he made about a then-Georgetown law student, Sandra Fluke, when he called her a “slut” and “prostitute.” But activists on the left and right continue to disagree — not shockingly — over the reasons why his show continues to lose popularity and is being dropped by many stations around the country.

On the left, commentators point to the Fluke incident resulting in the show and Limbaugh’s brand of brazen talk radio becoming an increasingly difficult sell to advertisers. Conservative commentators insist that is not the reason while reminding America that shows like his and that of his colleague Sean Hannity remain the Top 2 most-listened-to radio programs, broadcast by the most popular talk format personalities in the country.

So are rumors of Limbaugh’s demise greatly exaggerated? No, the end is not near, but he is clearly losing some of the massive influence he once wielded.

Limbaugh’s show was recently dropped in two large metro markets and 40 others over the past several months. Both Indianapolis radio station WIBC, which broadcast the show for 22 years, and Boston’s WRKO have officially severed ties with the polarizing personality. In addition, rumors that Limbaugh would be dropped by Chicago’s WLS set the Internet aflame in March.

On the left, commentators are crediting online movements through social activism on sites like StopRush.net, Twitter campaign #StopRush and the FlushRush page on Facebook and MoveOn.org petition for his decline. In some pieces on the discrepancy, radio executives have been quoted on the record and said that the show has become difficult to sell to advertisers, something Limbaugh himself nearly confessed in a Facebook post.

The early March post was written in the midst of the Chicago scuttlebutt. In it, Limbaugh all but admitted he is losing traction with younger listeners, that his audience is shrinking as it increasingly skews much older. On March 4 Limbaugh wrote:

The post has since been hidden from his timeline feed. Now it can only be found by going to sites that covered the missive when news of it broke.

Even with a Democratic president in the White House to hammer away on since 2008, Limbaugh’s ratings on New York Station WOR are about half of what they were when he was on rival WABC just a few years ago. Though his ratings have clearly suffered in the wake of the incendiary Fluke rant, conservative commentators claim the controversy is a lot of hogwash and that he is simply being dropped because of corporate administrative reshuffling. These commentators argue that Cumulus-owned stations simply want the higher profits from syndicating its own shows over their airwaves and that talks over renewing their relationship broke down over the costs of distribution.

The show is owned and syndicated by Clear Channel, a subsidiary of Premiere Networks and a top competitor of Cumulus, which dropped his show from many of their stations.

Limbaugh still has a year remaining on his eight-year, $50 million deal. But he will likely not get nearly as lucrative a contract when it expires in 2016. With Limbaugh’s outsized reach and personality, his next deal will tell a lot about the future of conservative talk radio and “El Rushbo’s” own influence. And, of course, writers, activists, bloggers and commentators of every shade will continue to disagree about the reasons. 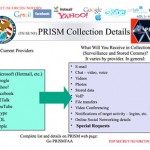 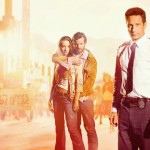