Bill Cosby is under a lot of pressure these days, facing indictment by a zealous media publicity hound DA in rural Pennsylvania. What a year for comedian Bill Cosby. He’s all over the news, but this time, it’s not for his fatherly image as good ol’ Dr. Huxtable on NBC’s smash hit family sitcom, “The Cosby Show,” Jell-O commercials or his books on parenting. The firestorm began a few weeks ago when another comedian, Hannibal Buress, dissed Cosby during a standup routine. Buress told his crowd that the 77-year-old Cosby is a rapist. “When you leave here, Google ‘Bill Cosby rape,'” he said. “That shit has more results than ‘Hannibal Buress.'”

That opened up old allegations many of us had forgotten. After Buress brought it back into the foreground, it’s been Cosby’s undoing. NBC announced on Nov. 19 it’s canceled work on a new Cosby show. Netflix canned its Nov. 28 comedy special, “Bill Cosby 77,” which was recorded on Cosby’s birthday. Viacom’s TV Land yanked “The Cosby Show” reruns. Cosby was also expected to appear on the “Late Show with David Letterman” and “The Queen Latifah Show,” but those were snuffed out, too.

The rape accusations sound chillingly similar. Double-digits of women are saying he drugged and molested them. So, one has to wonder if the great and powerful Cosby is a serial rapist. Is it true because these women say so? No. But does Cosby denying the rapes make them untrue? No. Many people don’t want it to be true, myself included. I’ve always been a big fan, but nobody belongs on a pedestal, especially celebrities. That’s what my dad always said.

Dad was a head honcho in radio. Whenever he saw me starstruck, he shook his head and rolled his eyes. “Celebrities,” Dad said, “are just people who are very good at one thing. Just because they can sing beautifully or bring you to tears in a movie doesn’t mean they are nice people, and most of them aren’t.” Dad met biggies in the music biz almost daily at the radio station. “Most are self-centered to a fault, and some are absolutely no good.” He used James Brown as an example: “An amazing performer, and he beats up his wives.”

When I hear James Brown music, I still love it. I don’t want to think about his personal life. The same holds true for Woody Allen and now Bill Cosby. I want to stick my fingers in my ears and sing, “La la la, I can’t hear you.” But we do hear about it, over and over. We hope the women are lying, and that is one of the many reasons women are afraid to tell when they’ve been raped. I should know. I didn’t tell.

Mine happened one night hanging out with classmates. I was 13 and had never even thought about gang rape. The things I worried about were how to wear my hair, which jeans were cool and if people liked me. After the boys were done and left me on the ground with my pants by my ankles, I got up and ran around in a circle screaming, “No. No. No.”

I often wonder what it would’ve been like if I had told. Would that have kept me from turning into a drug addict? Would my self-esteem have been higher? Would my attempted suicides have happened? Maybe my relationships would’ve been healthier and longer-term instead of coming and going like riders in a subway car. I’ll never know.

I do know why I didn’t tell. I was afraid people would not believe me and that it was somehow my fault. If I hadn’t been so lonely, maybe I would not have worn that sexy shirt hoping a boy would notice me. Would my parents yell at me? We’d argued when they said those kids were bad news. I was embarrassed that my parents had been right. But my worst fear was becoming a laughing stock and being treated like a leper at school.

I kept my mouth shut. The day after the rape, I tried to erase my thoughts. I had the adolescent superpower of magical thinking. “I’ll pretend it never happened.” Other rape victims know how impossible that is. The 2014 national stats are grim:

1 out of every 6 American adult women has been the victim of an attempted or completed rape.

15% of sexual assault and rape victims are under age 12.

73% of sexual assaults were perpetrated by a non-stranger.

1 in 4 girls are sexually abused before their 18th birthday.”

And, sexual assault is one of the most underreported crimes, with 60 percent still being left unreported. 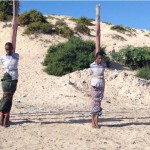 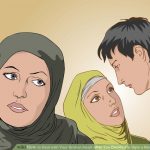