As her 2016 presidential platform continues to move left on criminal justice and immigration reform, on Monday it added ambitious plans to tackle climate change.

During the speech in Des Moines, Iowa, Clinton laid out a bold program to boost domestic renewable energy resources. She toured the Leadership in Energy and Environmental Design (LEED) Platinum-certified Des Moines Area Regional Transit (DART) Central Station and unveiled a plan to fight climate change during her first term as president.

She promised to install more than half a billion solar panels within the first four years of a Clinton White House. Other measures would require domestic energy production increases to generate enough clean renewable energy to power every home in the country within 10 years of her taking office and mandate that 33 percent of all U.S electricity come from renewables by the beginning of 2027.

In the speech, Clinton blasted rival Republican candidates, many of whom claim climate change doesn’t exist at all. She also addressed others in the crowded Republican-candidate field who justify inaction on climate change who “throw up their hands and say ‘sorry, I’m not a scientist.’”

Clinton’s climate objectives are more ambitious than those set by President Barack Obama. He has sought 20 percent renewable electricity by 2030. If it were achieved, the 33-percent goal would significantly increase domestic renewable energy resources, which stand at 7 percent today.

Though Clinton fired away on climate change action plans, she continued her silence on other environmental issues. She wouldn’t address the proposed Keystone XL pipeline that would bring oil from oil sands in Canada to Texas and has not come out strongly enough in opposition to hydraulic fracturing, oil trains or arctic drilling to satisfy environmental groups.

Despite climate deniers and Republican opposition to new environmental regulations, Clinton committed to the targets, though the right later panned the plans. Some policy analysts also believe the targets are unrealistic.

“The reality of climate change is unforgiving, no matter what the deniers say,” Clinton said. “Sea levels are rising, ice caps are melting, storms, wildfires and extreme weather are wreaking havoc. This is one of the most urgent threats of our time and we have no choice but to rise and meet it.”

In Clinton’s move to the left, she may be trying to cover her flank from challengers for the Democratic party nomination. Vermont Sen. Bernie Sanders has previously earned praise for promises of action on climate change because he favors a tax on carbon emissions. Fellow challenger, former Maryland Gov. Martin O’Malley, has made combatting climate change the center of his campaign.

Aimed at adding to her climate change chops with voters, the Clinton campaign also released a YouTube video titled “Stand For Reality.” It frames the issue as a challenge that public service members and government must stand up to as a matter of public health, economic security and for the benefit of the overall health and future of American families.

Watch the video below: 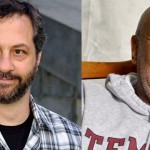 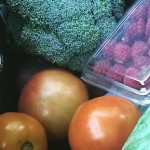