“The Land of Opportunity” has officially taken over as the motto for our country, dethroning “Land of the Free, Home of the Brave,” what I would consider the much preferred mantra. However, our freedoms are diminishing with each passing day, and the definition of brave is changing to meet our ever-spiraling times. The soldier risking his life to protect our freedom is brave. The person coming forth to accuse someone of a crime is not. That person is obligated to help assure the act they are petitioning for won’t happen again to themselves or someone else. Unfortunately, it is hard to tell the difference between victims and opportunists even in the case of such controversial matters as rape. When money is on the line, it is appalling what people will do to get their hands on it.

I have always believed that the act of rape is one of the most evil acts a person could impose on another, and I know I’m not alone. However, I am well aware that since the act strikes such a chord with civilized society, that it is an emotion easily preyed on, something that has to be taken into consideration with each accusation. This is not to say that people should become a two-time victim, by first being attacked and than not being believed, but because of those select people looking to take advantage, we as educated people should hear all of the facts before jumping to conclusions. This is something we are not very good at since it is such an emotional charged crime, case and point: Mr. Bill Cosby.

It seems like the list of accusers against Cosby are never going to end, and the media loves it. What better way to sell content than to exploit someone who may or may not have committed a crime by pre-determining his or her guilt? I will admit that the news has done a great job in convincing us that there could hardly be any doubt of Cosby’s guilt, but what too many people are not realizing is there is always more to the story than what is being told. Regardless, a large portion of our society is just lining up to jump on the bandwagon to unite against a person who has yet to be convicted of anything.

In fact, as of today, there are 18 women who are accusing Mr. Cosby of rape between 1965 and 2004, but only one lawsuit has been filed to this point. What’s more concerning are the stories from Therese Serignese, Barbara Bowman and Renita Chaney Hill, all who have claimed that they were raped by Cosby on multiple occasions. Even the biggest advocate for rape prevention has to question why one put themselves in such a dangerous situation on more than one occasion if the allegations are in fact true. Yes, that was a different time where women were not always believed and today’s forensics had yet to exist, but if putting yourself in a situation where you may be raped to further your career, can it still be considered rape? Especially when the allegations are coming from women who were not being held against their will by Cosby, but were willingly returning to him after they said they had been both drugged and raped.

That is not to say that the assaults on the above women did not happen, or that Bill Cosby is innocent. It is just a part of the story, which is less publicized. This is one of the reasons why our opinions as a society are so easily skewed; we are fed the details that inflame a story — instead of all the known facts that can spark an educated debate. Although no one except for Cosby and his accusers know what really happened, Bill Cosby’s career and reputation are being pushed to the breaking point. His shows are being canceled, attacks are coming from other industry professionals, and his ties were severed this week with his beloved Temple University, where he had been a board member since 1982. For a man who has yet to be tried for the crimes against him, it sounds as if today’s know-it-all society has already determined its verdict, which is rather concerning considering that false rape allegations happen all the time, especially to wealthy and or high-profile individuals.

As a father of a daughter who is in the same age range as many of Cosby’s accuser’s were back then, I cannot stress enough how devastating sexual assault can be to the victim of the act — or the victim of a false allegation. It is an action that can shatter the lives and careers of both aforementioned groups. But before we jump in with our non-fact-based opinions as a society, we should make sure we know the whole story.

In the end, we may be supporting the wrong cause, and although the news of these events will fade with time, the repercussions will last a lifetime for all of parties involved. 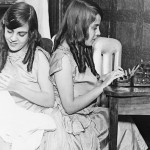