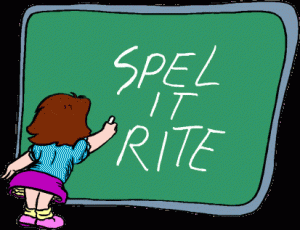 Is being illiterate being wise? The latest research could shock you. I don’t remember exactly the moment I decided I wanted to write. That’s because I’ve wanted to do so ever since I learned how to write, and, well, that was a really long time ago. I live a relatively privileged life, of course, and it never occurred to me that there are thousands of children in this country that don’t even have the luxury of deciding that they want to become the next JK Rowling.

These days, I work from home — as a writer. Although I write best when left alone, I thought that maybe it wouldn’t be such a bad idea to do some volunteer work to get myself out of the house a few times a week. That’s how I came to be a literacy instructor in Hartford, Connecticut, a city where two out of every five adults cannot read and write.

The first time I walked into the rundown offices of the Literacy Volunteers of Greater Hartford, I could feel my heart in my throat. I’ve never taught anyone how to read and write, much less an adult. Sure, I’ve taught people things before (in the second grade, I taught my best friend Daniela to do a backhandspring during recess), but never anything as basic — or as important — as reading and writing. To me, words are something like sustenance, as vital to my existence as food and water. I can’t imagine my life without them.

After a short meeting at the LVGH, the nonprofit organization’s program development director, Mark Briggs, and assistant director, Shannon Houston, made me feel right at home. So, I took the plunge: I signed up for this thing, for better or worse.

Two weeks later, I found myself student teaching my first adult literacy classes: a beginner class and an advanced class. The students ranged widely in age, from their 20s to their 60s. Some were foreigners, others were not. Briggs says that, currently, the LVGH’s oldest student is in his 80s. But even though most were much older than me, I thought I had something to teach these people. After all, the beginners were just learning their vowels. Some still confused their b’s and d’s.

The advanced class sat around a table — there were about seven of them — and engaged in a vivid, heated discussion. The air conditioning faltered a little, and the paint chipped off the walls, but no one cared. They were there to learn. The class had been reading a story on Booker T. Washington because the teacher, Brooke, wanted to encourage them with a story about a person with great hurdles to overcome — just like them. “The Hampton Institute was 500 miles away, but that didn’t stop Booker,” read one African American man, faltering only a little. “He walked much of the 500 miles, working odd jobs along the way and hitching rides when he could.”

The class got antsy. “Would you guys walk 500 miles if you really wanted something?” Brooke asked. Most laughed, others rolled their eyes or clicked their tongues. “Are you kidding me?” they said. Brooke and I agreed. Five hundred miles is pretty insane.

But one black woman in her 50s or 60s disagreed with everybody else. “If you want something, you have to go get it,” she said. The others argued with her, saying that it’s not that easy, that things will come in your way. But she stood her ground. She told us all about her life: her daughter, her grandchildren, getting laid off after working for the same company for almost twenty years. She told us about her grandmother, a former slave that was nearly beaten to death because she knew how to read and write at a time when the idea of educated black people terrified whites. She said, “I decided it’s time for me to come back to school, to do something for myself that I’ve wanted to do all my life. If I want it, I have to go get it.”

It was a pretty powerful moment. The other students shifted their eyes to the side a little bit, having unofficially lost the argument. And then, they kept reading — struggling to make out the word “skilled,” stumbling a little bit over “Tuskegee, Alabama.” But still reading.

As is often the case in these literacy lessons, the conversation derailed once again. “Do you guys know about the peanut man?” a student asked us.

“I really have no clue what you’re talking about,” I laughed (after I got home and Googled, I realized that he was refering to George Washington Carver, a hero to the African American community. This made me think about the things that are important to us: as an Israeli and Costa Rican, I know all about Yitzhak Rabin and Juan Santamaría — but “the peanut man” isn’t a phrase that has ever really meant anything to me).

We both giggled, half uncomfortable, half amused. Nope, we didn’t know the peanut man. I guess now I know there are some things you won’t learn in college.

Or in a literacy class, for that matter.

Some things, you learn in life.