There is a saying in neo-pagan circles, “Jesus promised to rid the world of evil. Odin promised to rid the world of Ice Giants. I don’t see too many Ice Giants around.” Another says, “Jesus was nailed to a cross. Thor has a hammer. You do the math.” Yet, for some reason, there are more Christians in Scandinavia than there are followers of Odin, Thor, Freya, Frigg and Loki put together.

While the overall ratio is not about to change, unless global cooling brings about Ragnarok (but it will be too late by then), there are signs that the Old Gods are making a comeback. The first temple to them in Iceland in a millennium is being built outside Reykjavik.

“The structure will be built into Öskjuhlíð Hill in Reykjavik,” Mark Hay of Vice wrote. A half-buried dome sinking 13 feet into the slope, the circular temple will measure in at 3,767 square feet and accommodate up to 250 people. Designed by Magnús Jensson, a local architect, the temple will align with the sun and incorporate the golden ratio as well as the numbers 9 and 432,000, sacred in this pagan group’s rites. Its price tag will be around $975,000.”

NBC News reports, “Membership in Asatruarfelagid [the local version of heathenism] has tripled in Iceland in the last decade to 2,400 members last year, out of a total population of 330,000, data from Statistics Iceland showed.” By the way, there is no truth to the rumor that Brian Williams and Thor are on the same bowling team.

What is it that these people believe? Well, let’s go straight to the horse’s mouth. Hilmar Örn Hilmarsson is the allsherjargoði of the sect, which can be translated as “high priest” or “top banana” if you are speaking High Ancient Icelandic and are pretty lax about accuracy.

Under Hilmarsson’s leadership (he’s the fourth allsherjargoði since the sect was founded in 1972), the movement has fought for the right to marry gay couples. It has worked on forest reclamation with the Icelandic Forestry Association. In 2003, Hilmarsson erected a níðstöng (“scorn-pole”) against the Kárahnjúkar Hydropower Project. A scorn-pole is a long pole with the head or skin of a horse or similar animal on it that targets the victim for scorn and ridicule — come on, we’re 21st century people here. You really didn’t think there’s a curse attached to it, did you?

And it is sad to say that racism has been part of some neo-pagan movements, but Asatruarfelagid has been opposed, vehemently, to it. Hilmarsson said, “We decided in the mid-’80s — me and Sveinbjörn [Beinteinsson] — that we would cut all ties with foreign Ásatrú groups, because we’ve had rather sad experiences with a German group which seemed to be really good on the surface but were rampant nazis (sic) when you looked closer,” Hilmarsson said, bluntly adding bluntly, “I don’t think we should be connected with racist politics in any way.”

The old fight with Christians remains. In 2011, he joined other religious leaders supporting an amendment to the Icelandic constitution to end the special status of the National Church of Iceland.

Not that Hilmarsson thinks the old gods are real (21st century people again). “I don’t believe anyone believes in a one-eyed man who is riding about on a horse with eight feet,” Business Insider quoted Hilmarsson as saying of Odin and his horse Sleipnir. “We see the stories as poetic metaphors and a manifestation of the forces of nature and human psychology.”

That may be, but I still don’t see any Ice Giants. 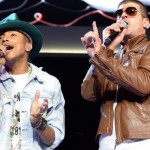 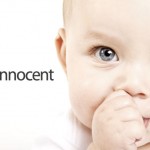