A guy named Roy Fitzgerald was in our advanced Navy unit during the Philippine Island campaign in early 1945. We went ashore on Samar after the GIs cleared the way, then moved up to Leyte and finally to Luzon, the main island.

We spent the final months of World War II living in tents at the Navy Fleet Landing next to the Pasig River in the capital city of Manila. Except for occasional snipers and air raids, it was mostly routine. Nearby the SeaBees built a Quonset hut to house a movie supply and repair unit that exchanged 35mm films with crews of Navy ships that docked at the landing.

Every evening, they set up a projector and speaker and showed movies on a big sheet on the hut’s side. We sat on benches and, along with other service guys and local civilians, watched the shows. I often attended with Roy and other guys and remember several times Roy said he’d be a big movie star some day. We laughed at him, because he was not quite 20, tall, skinny, awkward and very shy.

Roy also took some flak because he never went into Manila with the rest of us to drink the cheap booze and go after the many available pretty young Filipinas. The other sailors made raucous fun of him, calling him the traditional names and curses that ridiculed his sexuality. Months earlier, when angry Japanese troops were losing Manila to advancing American GIs, they wantonly killed hundreds of men and women. The results were that orphaned teen girls had no other choice but to become streetwalkers. Many of us took advantage of the situation, but not Roy.

After we returned home in 1946, I corresponded with some shipmates for awhile, but not Roy. He didn’t want to have anything to do with us. I enrolled in college in my hometown of Philadelphia and heard that he went to Hollywood to attempt that acting career. After awhile, I learned he had changed his name and was getting some small roles in minor films. Ex-sailor Roy Fitzgerald soon became the famous Rock Hudson. We did meet once more when I was an editor on the daily Beverly Hills Citizen newspaper in the mid-1950s. It was at an event I was covering at the Beverly Wilshire Hotel.

Movie star Rock Hudson was surrounded by reporters, fans and publicity people when I nosed in to ask if he remembered me from Manila. At first he looked puzzled, but then smiled and nodded. I wasn’t sure if he actually knew me or, more likely, didn’t want to be reminded of how we so cruelly ridiculed his sexuality a decade earlier.

Did Roy, the future Rock, and I ever become more than shipmates way back in WWII? No … but as Jerry Seinfeld would say, “Not that there’s anything wrong with that.” 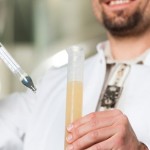 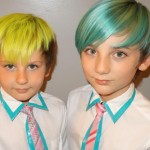