Caitlyn Jenner has been a lot of people.

As Bruce Jenner, she was a well-beloved Olympic athlete. As Mr. Kris Jenner, she was a bumbling, sometimes misogynist, patriarch of America’s most infamous family. On the cover of Vanity Fair, she became a de facto trans icon. But her reality series “I Am Cait” on E! offers a new side that is both addictive to watch, tearjerking and potentially problematic.

On one hand, the series offers a bit of wish fulfillment to anyone who has ever felt different. To see a rich, conservative, 65-year-old white man suddenly part of one of the most underrepresented and oppressed minority groups is a vindicating moment of schadenfreude. There’s also the inspirational journey of a grown woman’s struggle for self-acceptance and understanding while seeing the world for the first time. But it’s also still a reality show brought to you by the Kardashian/Jenner media whore dynasty that’s rife with the same tabloid TV conventions and rampant flaunting of wealth. It’s tough to know how to feel about the series.

Could the real Caitlyn Jenner please stand up?

When “I Am Cait” was first announced, I’ll admit, I had reservations and snap judgments. It’s easy to imagine a self-congratulatory, pseudo-intellectual, politically irresponsible Kardashian spin-off. I fantasized, albeit unrealistically, that Jenner would drive to Hollywood and give the homeless transwomen there makeovers, new cars or a home. Unfortunately, she did not have a “Tangerine” crossover, but the show does, however, have entertainment value as Jenner shows she’s unafraid to ugly cry and can be about 85- or 95-percent honest about her struggle.

“I Am Cait” has helped start a more widespread dialogue about trans issues and gives a voice to a movement. But Jenner has strategically surrounded herself with a bevy of transwomen who provide unique stories, experiences and an elegant take on their lives. Author Jennifer Finney Boylan, activist Jen Richards and actress Candis Cayne are all way more adept at vocalizing the trans experience. They also have relatable stories. Whether these are genuine friendships or roles cast by producers, at least that aspect of the show is working. The women talk about everything from self-esteem to sex work and seem to pull no punches.

An interesting development is Jenner having to confront a few truths, like her own privilege. Spending most of her life as a wealthy, white male has allowed Jenner to dodge a lot of the pitfalls many trans people — and most cis people — have had to face. All that being said, Jenner still flaunts her wealth and power on the show. She treats her confidant-turned-assistant Ronda Kamihira like a servant. There are also the requisite Kardashian crossovers like Kim talking about clothes or Kanye West babbling incoherently. There’s also the frivolity of rich people enjoying their richness.

It’s great to see a bunch of transwomen discussing the issues that affect their everyday lives outside of what people might assume. But if they’re doing it at a fancy villa, does that affect the message? It’s impossibly challenging to balance an inspirational, politically mindful series about the trans community with the vapidity and frivolity of the Kardashians.

Real-life Transwomen Weigh In on “I Am Cait”

I reached out to some of my trans friends for their thoughts on Jenner and “I Am Cait.” Comedian Dana Friedman said:

“Caitlyn been in full-time transition for 10 minutes. Shouldn’t she have a little humility and, perhaps, consider that while she’s learning about a whole new facet of her life and the lives of other trans people that she could take a couple of years off-camera? She’s not accumulated the life experience so many transwomen like those she’s hired as consultants have. Why go on TV and just tout, “I’m a rookie”? The same reason a dog licks its balls? The only upside I can see is that some transwomen with something to teach Caitlyn are getting a good-paying gig out of this silliness.”

“Yes, she achieved a lot of material success, and that was likely helped by her perceived racial and gender status, but that isn’t the whole story. As someone who was assumed to be a white male at birth, I can say, without a moment’s hesitation, that I would give up every advantage I ever had as a “man” to have just been born a woman. Much of my life was lived in utter hopelessness and, even now, a lot of pain and regret remains. What bothers me about Caitlyn Jenner, setting personal envy aside, is the circus she’s created. For good and for bad every trans person is now compared to one of the Kardashians, and that is the last thing that I want to be compared to. Most of us don’t have the army of image consultants, stylists, tailors and the like to help us look the part. We have to learn on the fly and sometimes look laughably awkward as we struggle to catch up to what other women have been learning since childhood. Maybe this will all turn out for the better for all of us, but I fear expectation that I can’t meet and backlash that I can’t cope with, all caused by a woman that I can’t really relate to.”

YouTube star Lady Red Couture of the series “Hey Qween!” had this to say:

“This is nothing more than the weird-ass Kardashians trying to normalize the crazy that they are! Let’s talk about Caitlyn Jenner still being legally married to Kris Jenner and letting her daughter date a guy who is too old to be dating a 16-year-old and getting plastic surgery a 40-year-old would need! Come on, Cait! Or as Bruce Jenner killing her own neighbor in a car accident? WTF? Oh, so now you want to be a woman? Man up first because womanhood is not for the weak! Just another way to distract us from who the Jenner/Kardashians really are! No, ma’am!”

“I Am Cait” is a well-produced, well-made series that offers many salient points and an empathetic story. But Caitlyn Jenner is an outrageously wealthy, media-savvy person with a questionable moral compass. Only time will tell as to whether she wants to give back to her community, if this is a smokescreen to distract from her fatal car crash or reality-show past — or if it is a chance to cash a check.

Perhaps it’s a bit of all three. Ultimately, Jenner is more than just the sum of her trans experience or Kardashian connections, but with great check comes great responsibility. 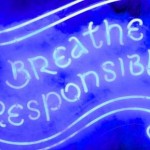 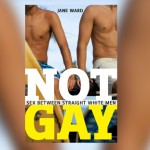