The human brain is built far from perfect. In fact, the human brain can be easily manipulated between ads and articles. The other day as I was flipping through my New Yorker magazine, that time-suck weekly indulgence I fiendishly allow myself, I saw one of those clever cartoons. “My girl left me for another Edward Hopper painting,” read the caption under the sketch of Hopper’s characteristic lone man sitting at a bar, nursing a potent liquor elixir….this time, though, with a long-haired woman saddled up next to him. Clever, indeed.

Then I spotted the word “Advertisement” above the illo, and it appeared that the sketch, an idea generated by some marketer, was even more clever than usual. Ah, the ever blurring lines of advertisement and original content. Here in its latest iteration, the Whitney Museum, was tapping into that institution that is the New Yorker cartoon and linking that to its own institution, the art museum, where they have, on display through October 6th, an exhibition of Hopper drawings.

Now, this was actually okay by me, tapping into the endearment long-standing TNY readers hold for the hand-crafted, aptly captioned drawings as famous as the magazine’s long-form content, in order to get more folks into the city’s museums. I could clearly see it was an ad. And more folks pouring into the city’s fine arts institution to engorge the coffers, I’m all for it. But seeing this also couldn’t help but remind me of the ever-blurring lines between advertisement and original content, ads which can appear in the form of articles, and, as illustrated in that example, artwork. Let’s look back to The Atlantic, shall we, when that other smart pub revered by the litterati, went too far by posting an advertorial package about the Church of Scientology.

After an uproar from readers, the magazine brand removed the ad posing as content from the Internet within a day. The Atlantic apologized to its readership saying it had “made a mistake.” The content-slash-ad-slash-content could be filed under that ellusive term being bandied about, “sponsored content,” an ever increasingly popular way to generate online revenue. Nowadays, so-called “native ads” are rapidly becoming more commonplace.

They are crucial to many content brands’, publishers, wesites, content creators, whatever name you choose, way of making money. In fact, according to an article in Mashable in 2012, native ads, an element of digital advertising revenue, “accounted for 59 percent of the brand’s overall advertising revenue haul,” referring to The Atlantic.

Readers on the Internet often end up clicking on articles that pop up in a Google search. Many are savvy. But some do not realize what is going on in the content world right now. Why articles are appearing at the top of search results, let’s say, or who is creating and presenting the content, and why.

A sponsored site typically has one brand’s ads strewn throughout; it may even have content where a line or two makes a plug for the product. A naive ad is typically more effective than a more traditional advertorial because it engages readers in interesting content, reported the Mashable article. This does not make it bad; it just makes it something to consider when ingesting the content and a reason to shop around and compare.

Every brand, and, let’s be honest, every person can now become a publisher. The onus is on the reader to consider where the information is coming from. The line has been disintegrating for a while. Lines in the past were firm in print publishing — at magazines, advertising and editorial had separate entrances to the floor. While this still holds true, because the industry is dying, advertisers absolutely hold more sway over advertorial and editorial than they have at any other time in history. Pages are added and dropped at a rapid-fire pace based on ad sales. When you see an article on the healthiest snacks, you can recognize when what is presented is not make-it-yourself apple slices and almond butter, but a trip down the already-assembled-snacks aisle. The lines online have never existed in quite the same manner. This is why many print journalists struggled to toggle between both worlds. Most Internet content writers, editors, and producers I know maintain their own standards.

Brands swooped in to hire talented journalists to craft trustworthy content for them when dying print publications led to a glut of editorial talent up for grabs. The bottom line is that a reader has to look critically at the content as well as the context in which it is presented. I know it’s not fair. Why can’t you just take the information you are presented at face value? Well, you can’t. You have to look around to see how others are presenting the same topic. None of it may be “right,” but all is likely worthy of being analyzed. Even when information seems legit and good, some things could be left out intentionally. In short, be careful where your content comes from. Read widely, be discerning and think critically. But you knew this already, I know. ‘Cuz you’re smart like that. It’s why we get along. 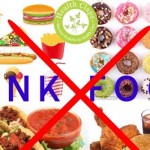 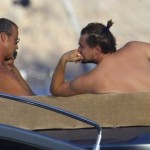