There was a summer a few years ago when some friends and I got really into pranking the people we didn’t like. Harmless stuff, mind you, but the kind of pranks that left the victim wondering what the hell had just happened.

The favorite way to go about this was to move traffic cones. Now, I’m not too sure of the legality on that one, since I know stealing them is technically illegal, but we didn’t exactly take them home with us. We went around, rounded up some unused cones from on the side of the road, and moved them in front of driveways. Just casually blocked someone’s cars in their driveway with traffic cones. The only problem with this tactic, of course, is that you have to know where your enemies live. For us it wasn’t too much of a problem, living in a small town means you know where everyone’s house is.

One, oh so special target, got both his house and his car coned. As in, we blocked off the driveway and put another cone on the roof of his car. Cruel, I know, but let’s never pretend that I’m nice to my ex-boyfriends. I may have ran away cackling like a stereotypical Disney villain. Maybe. I admit nothing.

Another thing we did that summer was send a text-message wave of doom. You see, we found an old homework assignment from about second grade. It was a paired assignment. Had to write about one of your friends kinda deal. Well, one of the girls in the writing pair wasn’t exactly a friend of ours anymore. And her contributions had some really amusing grammatical habits. And we may have gotten her cell phone number from a mutual friend. We may have sent her choice phrases from the assignment. From multiple phones. So yes, we spam text-messaged things like “we played on the swigset. swigset.”

Her friends, of course, took it upon themselves to call us all and ask who we were and what we were doing. I said something about my phone being stolen. Most unconvincing lie I’ve ever told. They did let it go, though, since it wasn’t like we kept bombarding the girl with inane text messages.

For a friend’s boyfriend, who we didn’t like very much, we did quite a few odd things. One of our friends ran him out of a house screaming “Why don’t you like me!” over and over. And on another occasion, a friend wearing a mask with a rather long nose (think Plague Doctor) crept up behind him and poked him on the shoulder – with the nose of the mask. His reaction was classic.

If your enemies take to the offensive first, no matter what they say about you, just own up to it. In high school, this one girl decided to claim that a friend of mine was a lesbian. We were all sort of confused about how that was supposed to be mean, because whatever, sexual orientation isn’t a huge deal, bro. She did, however, take to walking down the hallways holding hands with another girl at all times.

Other harmless pranks I’ve gotten up to include epoxying shut boxes so that people who ask for gift-cards on holidays can’t use them. That one’s always fun. Especially if the box is clear, so they can see the gift-card, just not use it until they break out some tools.

But if your enemy lives a bit closer to home, is someone whose bedroom you have access to, you can always try the old ‘sew their pajamas to the bed’ trick. Classic and always amusing. 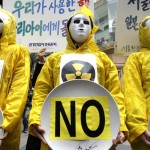 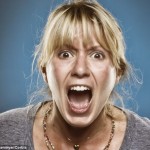