So exploring and navigating the house market can be fraught with all sorts of hurdles.  Banks can be a pain all around.  And don’t even get me started with inconsistent brokers, or finding out that structural lemons mean it can even rain in the basement.  But what about when you find the home you want, buy it, but never get to even move in for over a year?  Because that’s exactly the scenario one couple in Riverside, California are still experiencing.  They bought their home.  But never got to move in.  Why?  Because the original owner refused to ever leave.  That’s left the couple the mortgage bill for 14 months and counting.  But no home!

It was Tracie and Myles Albert who thought they were doing what people do, buy a home and move in. But they never got to that second part.  You know, actually living in your home?  But even worse?  The local Sheriff’s office has told them that if they even so much as step on their own front lawn, they can face charges of trespassing.  On a house they pay the mortgage for!  Seriously!  So how can this be?  Well, the pandemic of course.  And just maybe the slightest incidence of fraud.  As in, damn liar and freeloader.  That would be the original owner and seller, but never mover.

Related: Buffalo Bill House From Silence of the Lambs Now a B&B Museum

HOME SELLER LOOKS LIKE A FRAUD, FREELOADING DURING PANDEMIC AS NEW OWNERS SADDLED WITH MORTGAGE BILL

The never mover is one Hossam Boktor.  He clearly has no shame.  The Alberts bought the house in January of 2020.  You know, before any kind of moratorium on evictions during the pandemic?  The Alberts totally think this is a situation of total fraud.  They say that Boktor even stage moving boxes like he was going to move.  But that it was all a show.  They think this was his plan all along.  Meanwhile, the Alberts continue to pay a mortgage on a home that this man and his family are not paying for at all.  And to add insult to injury, they are literally squatting on the property.  As in, letting it fall apart. 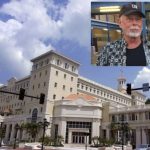 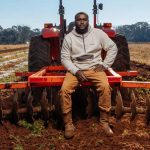