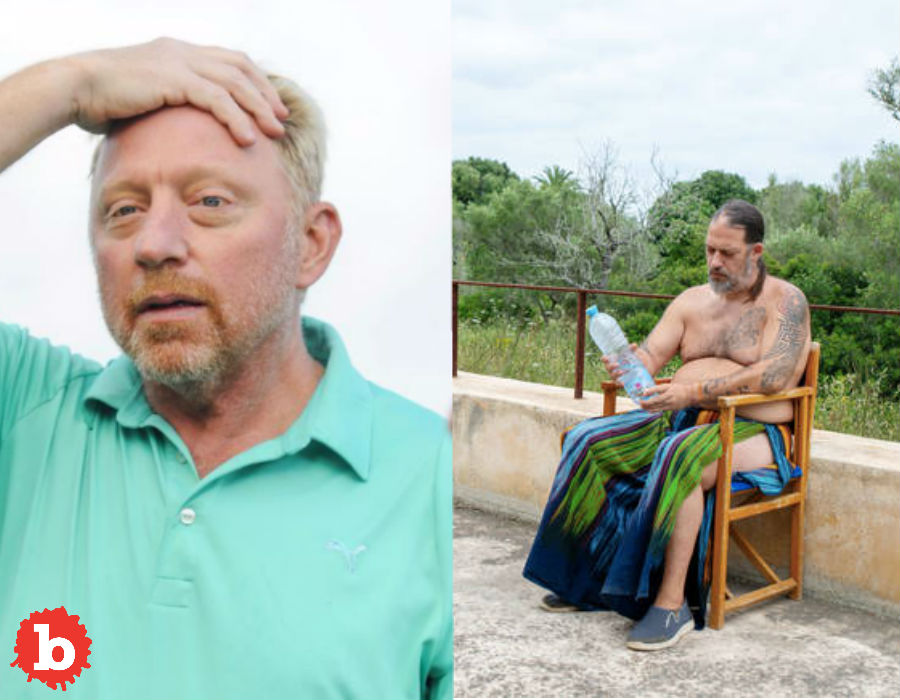 Boris Becker, the former tennis great and Wimbledon Champion, is bankrupt.  Becker declared bankruptcy last year over $4.5 Million of debt.  But Boris still has some assets he’s amassed over the years.  But one of those has become a really awkward situation.  Becker owns a Spanish mansion in Majorca that’s worth $17.5 Million.  But a hippy guru with a group of followers has taken it over as squatters.  The hippy guru, Georg Berres, claims not to know about the mansion’s history.  But he and his followers have moved in and vow to “save the abandoned mansion.”  Poor Boris Becker!  He’s fallen on hard times and is now pictured in association with these freakshows.

HIPPY LEADER,  BERRES,  HAD NO IDEA OVERGROWN ESTATE WAS BECKER’S

Berres says he only found out that the Mansion was Becker’s last week when media showed up last week.  The hippy says he’s already done a lot of work giving the property a new lease on life, cutting weeds and picking up rubbish from around the property.  The estate is near the rural town of Arta which is in the north-east section of Majorca.  The property looks simply beautiful.  Location, location, location and luxury always mix really well.  But Boris, for his part, wrote on Twitter that he doesn’t own the property, “Just to be clear: I don’t own any Finca on the beautiful island of Mallorca! Amused by the “story” myself.”  He supposedly bought it with his then-wife Barbara back in the 1990s.  German media says Becker told bankruptcy managers in London that he sold it in 2016.  So far there’s no confirmation that’s true.

The estate’s name is Finca, which means country estate.  Pictures show it’s 90ft swimming pool filled with green algae.  The lawns have gone wild and are overgrown and dry.  The estate is in a sad state.  The 62-acre property been on the market for several years for about $12 Million.  We just don’t really know who is trying to sell it.  But the 50-year-old Becker has possibly squandered a fortune that was as large as $135 Million.  If he did sell the estate, it wasn’t enough to settle his debts last year.  The estate is a rich person’s dream.  It has the main villa, horse stables, a helicopter pad, 4 guest houses, housing for staff and, of course, a tennis court.  But buyer beware: local real estate agents say it can take as long as two years to remove squatters.