So there’s a new way to spell hero and it’s the name, Irena Ivic.  Irena is a bus driver who works in the Milwaukee County Transit system.  Her name was just another name for us a few weeks ago.  But then her sharp eyes led her to quick action which likely saved a baby girl’s life.  She was driving her mass transit route just a few days before this past Christmas.  Irena saw something she couldn’t believe.  It was a very young child, by itself, running across a freeway overpass.  So Irena did what any self-respecting hero would.  She stopped the bus and ran out to save the baby girl.

But run she did.  The baby girl was crying and barefoot.  The poor child was only wearing a diaper and a onesie.  But the temperatures that day in Milwaukee were below the freezing mark.  Passengers filmed the entire affair and posted at least one video to Facebook.  The vid clearly shows Irena bringing the little girl back to the bus.  One shocked passenger quickly offered their coat to get the child warm.  So when firefighters and police arrived at the scene, the under 1-year-old was already asleep in Irena’s arms.  But that’s because heroes make kids feel nice and safe.  Maybe even snuggly, too.

So how did this near tragedy almost happen?  When police reunited the baby with her father, they found out.  The little girl’s mom had left her outside a church which was near the overpass.  They believe this was during a mental health crisis the mother was experiencing.  So authorities filed no charges in the case of the loose, winter child.  But Milwaukee County quickly honored Irena Ivic just days later.  Milwaukee Countee Executive Chris Abele said Irena’s quick actions were “humanity at its best.  She did a lot more than her job. She did the right thing.  I don’t take that kind of compassion for granted.” 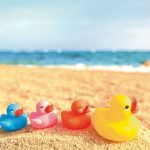 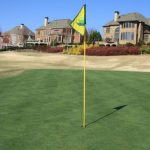