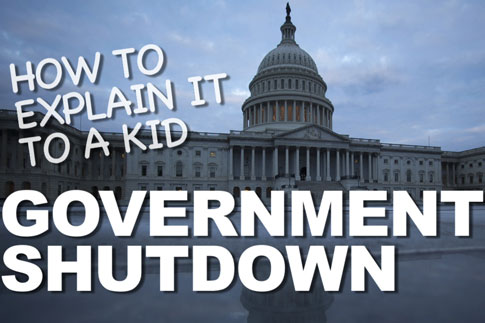 It wasn’t that long ago that Mitt Romney lost the presidency basically because of one tiny thing — his patronizing, pig-headed remark that 47% of the country won’t take personal responsibility and actually care for themselves. His sheer balls in labeling millions of desperate people as slovenly and irresponsible mooches was shot down by the voting populace, who found him a horrid relic of the old “lazy welfare recipient” era and someone deeply out of step with the stringent demands of the new recession.

Well, Romney denied ever having said that remark — or having meant it, anyway — but the Republicans are acting as if he not only uttered it, but it was just the right thing to say! They apparently haven’t learned a damned thing from the November election debacle and are carrying on as if the Affordable Care Act is a sop to the lazy masses who simply don’t deserve it, as opposed to a step forward to make sure people with low incomes get some health care that could save their lives. These alleged leaders — who either were born into money or were lucky enough to achieve some through slick politicking — need to leave the house more often and see how few jobs there are out there for people who really, really want one. To blame a poor person for their plight generally reeks of cluelessness, not to mention very bad karma, and one can only hope that these over-privileged Republicans join them on the unemployment line sometime soon.

As a result of the furor over Obama’s revolutionary measures, there has been a temporary shutdown of our government, with the stubborn Repugs refusing to budge on this issue, regardless of the consequences. As a result, museums and parks are closed, tons of federal workers are getting an unwanted, unpaid vacation, and the cost to our economy could be enormous. (How ironic that the very people who feel Americans should be able to claw their way to jobs are the same ones who are causing work outages and money drops.)

I won’t benefit from Obamacare — truth be told, I’m not in an income bracket that it targets (and I didn’t do it through politics either) — but I can still see that it will help those who need it, providing them with more affordable options as well as the chance to get insurance despite previous conditions. So I’m in favor of that, not the shutdown, which is actually costing me money! See, I‘ve paid my federal taxes and feel they should go to helping our government operate, duh. As long as the government isn’t moving forward, can I have my taxes back?

Well, the government isn’t moving forward all right. Our two-party system has become a nonstop tug of war between those with a social consciousness and those with three cars and a mansion. We need to shut down the shutdown! We shouldn’t have to tolerate a pack of haters with a previous condition — dementia. Here’s to your health, America. Let’s hope everyone can somehow afford to feel good after this nightmare. 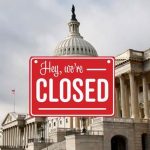