Can you unite a group of people with different political ideologies, agendas and identities solely based on the fact that they’re considered sexual minorities?

The LGBT community has grown to include new members who are queer, questioning, intersex, asexual and allies to become the LGBTQQIAA community. Not only is that a mouthful, but it gets even more difficult to manage such a large group and still factor in race, class, political affiliations, religion and myriad of other sociological factors that make up each individual. To make any change in this current climate, we would need an intergalactic senate like in the “Star Wars” prequels. The Senate recognizes the African-American amputee Wiccan lesbian humanists. It doesn’t seem possible. The challenge is also some agendas conflict with each other. Not to mention the fact that a majority of the individuals in the “community” have been so alienated and ostracized, how can they possibly want to join a group?

Look at the OG members of the community. Gay men and lesbians, like gay men and straight women, they have different political agendas. Both want same-sex marriage, growing tolerance and general political equality. But I’m sure lesbians would also love financial equality for women. However, the spending power that gay men have to influence change is predicated on the fact that gay male couples have more disposable income. On average they make more than their straight and lesbian counterparts. This is because men make more money in their respective industries than women. This is a pretty major point of contention with a group that’s been inextricably linked politically for years. Conversely, given fetishization and general misogyny, lesbians aren’t considered as challenging to society as gay men. It’s a little more acceptable to see lesbian relationships on television because seeing two women raise children or kiss on television isn’t so offensive. No one group has it better or worse than the other, but it can be challenging to consolidate our list of demands.

Even gay men have difficulty getting united. So many men are ambivalent or downright indifferent to politics. Some gay men don’t want to be defined by their sex lives, but if they conscribe to so many other parts of gay culture, why not also tackle the politics? It can be challenging to get a group of alienated individuals to unite and be part of a larger group. That ingrained need for individuality can distract from the big picture that HIV is still a major problem in the community, gender policing and homophobic slurs affect young gay boys and gay marriage is still not universally legal. HIV is challenging because the HIV discussion splits gay men based on their status. HIV positive individuals want to decrease the stigma associated with being HIV positive, and the general fear-mongering used to stop the spread of the disease. But these efforts do occasionally diminish the seriousness of a public health issue and an incurable illness. If young people are ambivalent about their health or their partners, the disease will only spread. There needs to be a frank yet diplomatic discussion about prevention and what other factors might lead gay men to put their health at risk. After all, suicide, addiction and depression are common. If we tackle the larger issues like homophobia, abandonment by families and deep-seeded wounds, maybe people can make healthier choices.

The transgender community has often been the redheaded stepchild of the LGBT umbrella. It’s sad that “Orange is the New Black’s” Laverne Cox would get on the cover of Time magazine at the same time members of the community is fighting in favor of using the word tranny. Like faggot and dyke, tranny has been used to attack, often during actual physical violence, and debase people. Rather than in-fighting in favor of using a word fueled with hate, why not push for transgender employment equality, stronger police protection of attack victims and better visibility in the media?

It’s challenging because being part of a larger community can help push change forward. Conversely, if someone transitions and wants to just be a heterosexual man or woman, they should also be allowed to live without having to answer to pressure from the community. Sure the word debate is a larger issue, but if we can’t show some respect for members of our LGBTQ community, how can we expect that respect back?

Despite the community accepting new members, bisexuals still get stigmatized and mocked. They’re often accused of being greedy, confused or closet cases. Accepting people can have a fluid sexuality does more good politically. By disempowering the taboo on same-sex relationships and sex partners, we empower that we’re all just normal people living our lives. Maybe one day we can live in a world where our sex lives can be private and not a tool to oppress us. We shouldn’t be defined by who we sleep with, and by embracing that bisexuals can exist, we can honestly win more allies in the heterosexual community.

The key to having a successful “community” is diplomacy. We can’t attack each other or want better treatment but mistreat other sexual minorities. Hurt people hurt people. We’ve all been hurt in some way based on our identity, sexuality or gender. It might make us more angry, vocal or indifferent toward other people. The key is to find a common experience to build a sense of consideration and sympathy for other members of the community and a hunger for change. It isn’t until we can stop bickering over what’s happening under the LGBTQQIAA umbrella that we can realize that it’s still raining oppression, violence and general phobia of our community. 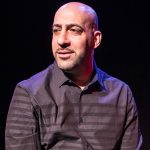 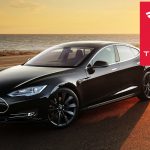