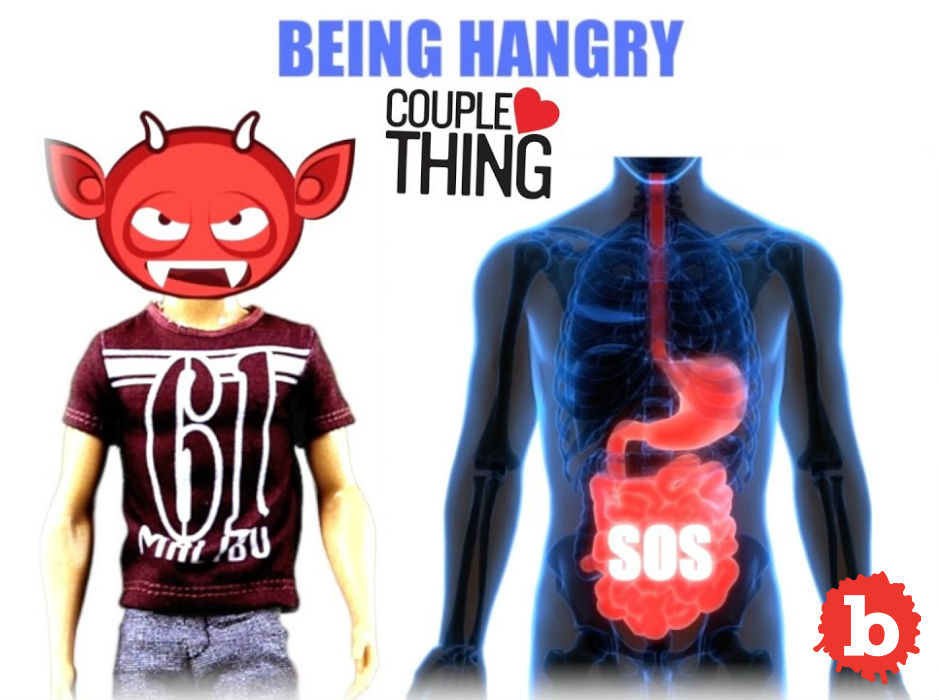 It’s hard to believe, I know, but my boyfriend gets SO hangry that I actually think he hates me. Sometimes I find myself in the middle of an argument I care LITERALLY NOTHING about. I don’t want to be talking about how I said it was cold a few times and you took that to mean you HAD to wear a jacket. But there we are, arguing about it on the street. Until I realize you just haven’t eaten breakfast yet.

This doesn’t happen to me. I don’t completely change personalities when I’m hungry. Maybe I’m shorter with you. Maybe I make poorer decisions or snap a bit, but I’m still me. I still want to resolve a dispute, deal with an argument, talk civilly. I still have my wits about me AND I still can be witty!

You cannot do any of those things. You lose your personality. You no longer find these funny. You don’t want to hold my hand anymore. You think everything I do is annoying. You think I’m out to get you. You think I’m trying to control you in every way possible. You lose your reason and can’t see that it is JUST BECAUSE you are hungry.

5 Signs You Are the Victim in a Highly Abusive Relationship

Some awareness would be nice. Some little voice in the back of your head that says hey, “hey man, I know you feel SUPER annoyed with her right now, but aren’t you also, like, really hungry? Maybe you should just not say anything until you have some food in you.” I WOULD LOVE THIS VOICE. But not as much as I love you…promise.

Then you could say you didn’t want to talk until we had food and I would understand. Because spending the morning trying to put out the small fires of the teeny fights you’re picking with me is a waste of both of our time and now I’M ANNOYED too. Lose, Lose.

My Boyfriend Never Can Tell When Another Girl Flirts, That is BS

* My boyfriend corrected a typo here whilst reading over my shoulder…I thank him for catching it and also not being mad that I’m writing this article.