So there’s a half black, half white representative of the Republican Party from the Lone Star State of Texas.  His name is Will Hurd, if you haven’t heard.  But he seemed to think it was a good idea to stake a claim to bullshit hill right before Martin Luther King Day.  So just how did one man manage to do something so brazenly and obviously vacuous and stupid?  Well, I mean, besides being a minority minority Republican Representative from Texas?  Thoroughly, is one answer.  The other, more descriptive answer?  He wrote an op-ed piece this weekend saying that “some Americans” somehow got the impression that the Republican Party “condones racism.” It’s offensive Kool Aid and I need to wash out my mouth.

Ok, sure, you could drive that moonshine truck all across the bridge you just bought, too.  And that would be one long, long bridge to cross.  But Hurd went…. all in steaming up his bullshit express.  He wrote, “it is unfortunate that more than 50 years after Dr. Martin Luther King Jr.’s death, the House of Representatives, a body that I have the honor of serving in, had to have a vote condemning white supremacy in response to the idiotic comments of one of our own.”  But he is, of course, referring to comments made by fellow Republican Rep. Steve King, from Iowa.  And he is, of course, trying to launder brazen, endemic widespread racism practiced by his party for generations using Martin Luther King’s name.  But this man is half black!

There’s more.  Much, much more.  It’s well written.  It goes all the way back and talks about Abraham Lincoln as a foundational shaper of the Republican Party, all the way up to today.  It talks about how the “comments” of “a few” damage all Republicans.  Sure, technically that is true.  But what’s even truer?  The Republican Party has promoted, kerosened and profited from racism for years.  It would have no meaningful national power today without being a…. racist party.  And here is a mixed race…. Republican….. laundering the “unfortunate” comments of a “few” in an attempt to create a racism free lily pad on a pond of Texas crude.

So I’m gonna go get a bottle of cheap tequila and a package of Oreos and find the perfect, sickening mixer.  It will taste better, both ways, than reading that op-ed again. Or even properly spiked Kool Aid. And Happy Martin Luther King Day, too. 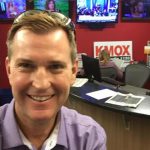 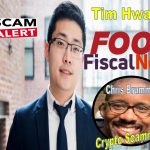