Sperm is in shortage, America!

Sperm counts have dropped 50% in just the last 40 year! In the last several decades scientists have been raising the alarm.

Western men’s sperm counts have been dropping, but with little fanfare. In a recent wide and comprehensive study there is now compelling evidence, so compelling that the numbers show a drop by half compared to sperm counts from as recently as the 1970’s.

According to newly released research published in Human Reproduction Update, the sperm count decline is happening and will to continue. A meta-analysis of 185 studies published between 1973 and 2011, researchers from the Hebrew University-Hadassah Braun School of Public Health and Community Medicine and the Icahn School of Medicine at Mount Sinai documented a 52.4 percent decline in “juice” concentration, and a 59.3 percent decline in total sperm count among men living in North America, Europe, Australia, and New Zealand.

Now, go Asia! The same declines are not observed among men living in South America, Asia, and Africa.

THE WEST IS NOT THE BEST

Good measures of male reproductive ability are both total sperm counts and sperm concentration. None of the men measured in these studies were chosen because of any suspected fertility issues. Shockingly, the rate of decline does not appear to be stopping; the downward slope was “steep and significant” even when the meta-analysis was restricted to studies done after 1995.

“Given the importance of sperm counts for male fertility and human health, this study is an urgent wake-up call for researchers and health authorities around the world to investigate the causes of the sharp ongoing drop in sperm count, with the goal of prevention,” said study lead author Hagai Levine in a statement.

No shortage of sex, BUT GET YOUR SPERM MEASURED

Low sperm counts are often an indicator of health problems and are used by doctors to predict morbidity. Reduced sperm is thought to be the result of environmental influences,  and exposure to noxious chemicals! In the womb exposure to pesticides, cigarette smoke, and fat moms escalate the problem. Not surprisingly, low sperm counts can lead to reduced fertility.

Scientists began to notice that something was amiss with human sperm counts back in 1992. “Previous studies used smaller sample sizes, whereas our study was three times as large as [the one done back] in 1992,” explained Levine and his co-author Shanna H. Swan in an email to Gizmodo. “This enabled us to reliably measure and assess trends in subgroups.”

SPERM NUMBERS CUT IN HALF

Other problems with the earlier research included poor or insufficient screening criteria, lack of quality control, and limited statistical methods. Which is addressed in the new study, according to the researchers.

“Decreasing sperm count has been of great concern since it was first reported twenty-five years ago. This definitive study shows, for the first time, that this decline is strong and continuing,” said Swan. “The fact that the decline is seen in Western countries strongly suggests that chemicals in commerce are playing a causal role in this trend.”

POISONED BY CHEMICALS or too much sex?

Scientists don’t actually know what’s causing the sperm count crisis. This study suggests the Western lifestyle may have something to do with it. Levine and Swan recommend that future analyses take a similar approach to their own and investigate parts of the world not covered in this latest analysis.
“Studies also look at environmental and lifestyle factors (such as chemical exposure, stress, and smoking), and semen quality.” “Investments should also be made into studying male reproduction.”

And indeed, the impact of low sperm counts on male fertility should be of great concern. The researchers say the reported declines in sperm production have manifested in the general population, and that “more couples are infertile,” adding that “From statistical point of view, such a large decline must implicate [a] larger proportion of infertile and subfertile men.” 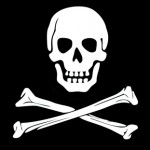