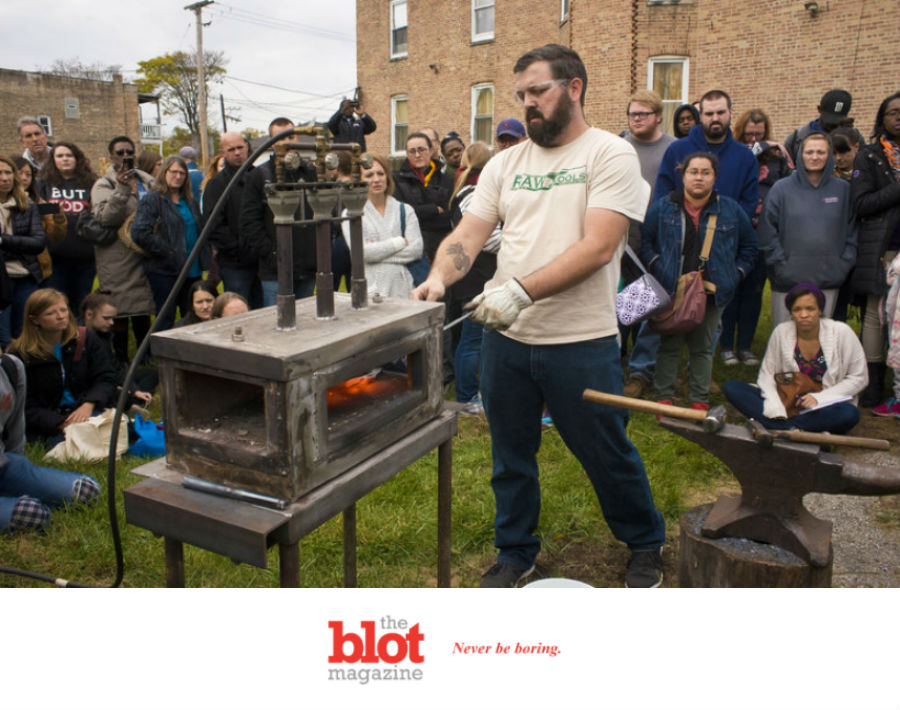 So this is pretty much brilliant.  Sure, I’m no blacksmith.  But I wish I was so I could do good work like this.  His name is Shane Claiborne.  He’s a blacksmith, which means he’s got some crazy strong arms.  But he also has a big heart.  That’s why he’s spent the last decade working with gun violence survivors.  You know, people who have experienced all the horrors the NRA has enabled for years.  But Shane has taken his work in an amazing direction.  He teaches these former victims to literally melt down guns and turn them into farm tools.

So how’s that for a transformative experience, with a healthy dose of representationalism as well?  Like I said, pretty amazing.  Shane teaches these folks to use a forge.  That’s how they melt down guns as well as an anvil as a source material to make farm tools.  Shane really believes in this work.  If you want to know more, he is the coauthor of the book, Beating Guns: Hope for People Who Are Weary of Violence.  In the last two weeks, Shane worked with the Reverend Sharon Risher.  Risher’s mother died when someone shot her in the Charleston mass-shooting of 2015.  Shane taught her how to literally beat a bun into a plowshare.

WHAT’S NEXT?  SMITHIES ALL ACROSS THE US HELPING PEOPLE DO MORE OF THE SAME

So just imagine getting to use your own hands, sweat and tears to transform an object of destruction like a gun into something you can use to grow food with instead.  You start with something that battered the hell out of your life.  But after a lot of process and hands on effort, you watch that hated item turn into something for everyone.  But even more, an object for life and not death.  And Shane wants to expand this particular impact.  He wants to have storefront smithies all across the United States helping people do this everywhere.