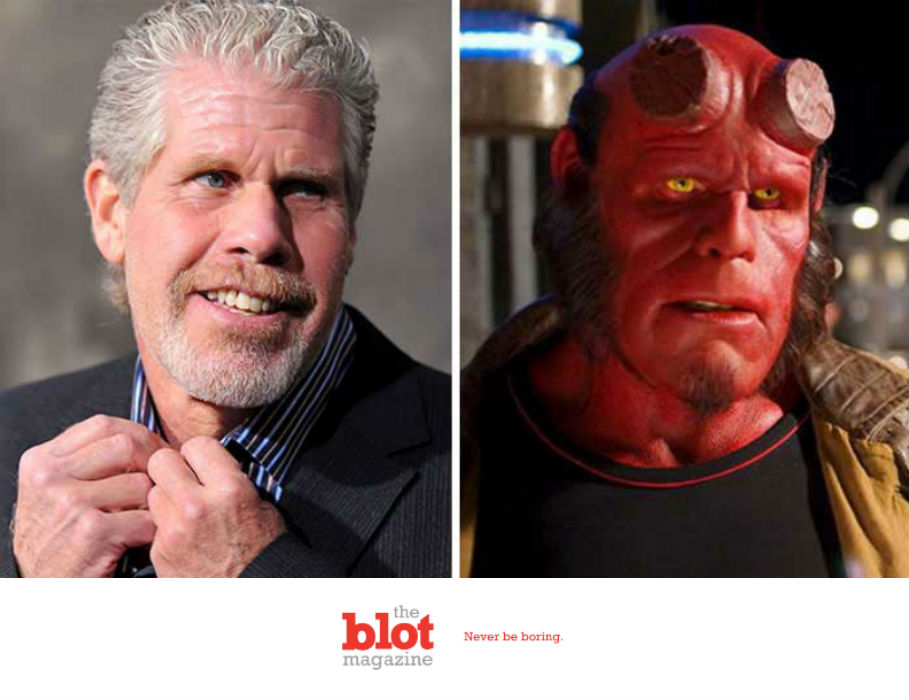 Guillermo del Toro is clearly a man with a vision.  But he’s also patient.  Or does that just make him seriously stubborn?  He made sure to get his unprecedented monster sex (or romance?) in The Shape of Water.  He’s evidently pretty serious about his Harry Potter appreciation.  But we’re only now hearing about how long he waited to get the right man to play Hellboy.  Ron Perlman recently appeared on the show, Couch Surfing.  He talked about just how long del Toro waited for the go ahead to make a Hellboy movie.  We’re talking years.  But del Toro only wanted to do it if he could have Perlman playing the title role.

Read More: The FDA Finally Loosens Up on Marijuana?

EVERYONE SAID NO, NO, NO AND THEN THERE WAS BLADE II

Perlman said with some nostalgia, “I said to him from the get-go, ‘That’s a great idea and god bless you, I love you for entertaining the idea, but it’ll never happen.’ Sure enough, for seven years he’d go to these meetings at these studios, and he’d say, ‘Ron Perlman.’”  And that’s how things were for years.  But then del Toro directed a movie, Blade II.  It was a big success which was a surprise to many.  But del Toro rode that wave into the shoreline where there was a green light for Hellboy and Ron Perlman as the lead.

The 10 Best Female Movie Stars Of All Time

AFTER MAJOR SUCCESS, EVERY ANSWER WAS A YES

And that’s just what happened.  Perlman continued, “Blade II opened to like $40 million on the first weekend, and everybody wanted to do Guillermo’s next movie, and he said to himself, ‘If I’m ever going to get Hellboy done with Ron, it’s going to be this week.  Sure enough, somebody said to him, ‘How do I get in the Guillermo del Toro business?’ and he said, ‘Well, I really want to do this movie Hellboy.’ They say, ‘Any conditions?’ and he says, ‘Yeah, Ron Perlman,’ and they go, ‘Hmmm… Okay.’”

And the rest is history.  But I do wish we could have had one more installation of the duo for the Hellboy series.  It’s now on to the next iteration.  Cross your fingers!