So I don’t like prisons.  Personally, I think we have too many of them.  So many, in fact, that when things go wrong, they go really really wrong.  Like a beheading. That seems to be the case at Corcoran State Prison in California.  It’s hard to understand how this happened.  And what happened?  Well, the first thing is that the prison put inmate Luis Romero in a cell with Jaime Osuna.  Osuna is in the picture above.  He had a history of attacking his cellmates.  Which he did, again.  But attack doesn’t really cover what he did to Romero.  He cut off his head, dismembered him, and wore his body parts as a necklace.  But the prison guards missed all of it. Really? A beheading?

Read More: Stori is the Cannabis Storage System For Every Toker

PRISON KNIFE HAD TO TAKE A LONG TIME FOR BEHEADING, CUTTING BODY PIECES TO MAKE NECKLACE

So Osuna made himself one of those prison knifes, which he used to torture his cellmate Romero with.  He also used it to slowly cut off Romero’s head.  And, well, to slowly dismember Romero’s body and make himself a necklace to wear from the cut body parts.  As you might imagine, a little prison knife is a poor tool for such tasks.  It would take a long, long time to cut off someone’s head with a self-made prison knife.  But Osuna seems to have had plenty of time for the beheading.  More than plenty.  And the guards had no clue.

Related: Discovered After One Week, Woman Smuggled Gun Into Jail In Vagina

GUARDS WERE CLUELESS ABOUT MURDER, BEHEADING, AND THEN LIED ABOUT IT

No, really.  They didn’t notice the murder.  But then they didn’t notice while Osuna slowly worked at beheading Romero.  And, well, there was blood.  We’re talking decapitation, mutilation, dismemberment, and the wearing of body parts as a necklace.  The guards didn’t catch any of it.  And even better?  They then lied about it, falsely reporting that Romero alive in his cell when he wasn’t.  Because they didn’t bloody well actually check the welfare of an inmate in a cell with a known killer and self-proclaimed Satanist.  As you might imagine, there’s a lawsuit in the works. 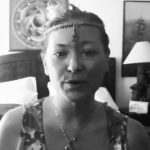 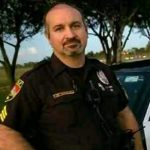