In a better world, there’d be no Sean Hannity or head lice, but more importantly, “Frances Ha” would have gotten at least two Oscar nominations. The Noah Baumbach-directed, Baumbach-and-Greta-Gerwig-written adventure of a hapless young woman gradually finding her footing was airy, witty and reminiscent of various French films through the years, but not in a slavish way at all. The movie managed to be a sort of homage and seem completely original at the same time, and though it bogged down in third-act troubles, so did Oscar-nominated films like “Her” and, arguably, “American Hustle.” Nobody’s perfect — especially not the Academy, which should have said hello to “Frances”’s lead performance and screenplay, making Gerwig a double nominee and one of Oscar night’s true heroes. Alas, the movie — which performed very well at art houses around the country — fell through the cracks of obscurity, not getting enough of a push to keep it on the awards radar. Instead, Gerwig will have to content herself with the Golden Globe acting nomination she received, and that ain’t hay; that group’s separate category for comedy/musical generously allows for some extra golden glow to be sprinkled among the worthy.

The Coen brothers’ “Inside Llewyn Davis” nabbed two whole Academy Award nominations — for its crisp cinematography and its sound mixing — but as surely as “Oscar” seems to be the Coens’ other brother, it should have rounded up a whole bunch more. The trouble is that, while it’s found an audience, this happens to be a distinctly non-Oscar film. A picaresque odyssey through the 1961 Greenwich Village folk scene, “Llewyn” doesn’t strive for easy answers or pat resolutions. In fact, the Coens purposely set out to make a film in which nothing is realized or accomplished and there’s no Hollywood ending whatsoever. (I loved “Nebraska,” but it has some lessons learned and bridges unburned of the type that award givers generally respond to.) The result is that “Llewyn,” the National Society of Film Critics’ best film of the year, found its Oscar chances blowin’ in the wind.

The incredibly creepy crime thriller “Prisoners” is also up for cinematography and nothing more, but I felt Paul Dano was brilliant as the haunting suspect of kidnapping, the guy with the swollen purple face after being tortured by Hugh Jackman’s vigilante violence. The alleged child stealer is an infantile mess who’s basically now been kidnapped himself, and Dano couldn’t have been more effective in the role. Between this and his performance as a menacing slave driver (who makes Michael Fassbender’s character look like Walt Disney) in “12 Years a Slave,” Dano should be sweeping up supporting actor awards like dustballs, but he hasn’t even been nominated — not for a single thing. Maybe he’s so good that voters assume he’s just a creepy person. Wrong! For shame!

Sam Rockwell is another actor who can’t seem to arrest attention come Oscar time, and he doesn’t only play villains either. Rockwell was at his best in the well-received “The Way, Way Back” as the Water Wizz theme park worker who mentors the 14-year-old Duncan into some coming-of-age action. The film was no masterpiece, but Rockwell was wacky, witty and endearing. But with no push, Rockwell’s hopes perch atop a plummeting water flume.

Meanwhile, Matthew McConaughey is getting lots of attention for “Dallas Buyers Club,” which is perfectly fine. He’s good in the movie about a zero who becomes a hero, and awards givers can’t resist the real-life arc of the actor engineering his way out of trashy rom-coms by losing a ton of weight and jump-starting this film of grit and integrity. But his best performance this year was as Leonardo DiCaprio’s manic mentor in “The Wolf of Wall Street.” In one five-minute scene, McConaughey used quick talking and snappy gesturing to give a master class in how to steal a movie about stealing. Alas, the Oscars were too busy carrying on about “Dallas Buyers” and congratulating themselves for it to even notice.

Joseph Gordon-Levitt also attempted to break out of hollow blockbuster land by writing and directing “Don Jon,” an entertaining dramedy about a New Jersey dude who seems to think porn is real life. It should have grabbed a few nominations, including for the performances. Scarlett Johansson played Don’s tacky and manipulative girlfriend and was utterly convincing and hilarious. (For all the talk about how she should have been nominated as the voice of “Her”‘s Siri-type siren, she’s even better in the flesh.) But the real star was Julianne Moore in a quirky and loving performance as the woman who tames Don’s jon. Julianne was subtly affecting and truly extraordinary, but strangely enough, no one even mentioned her for a nomination. Do these people even look at the screen?

“Before Midnight” got a nod for its screenplay, but Julie Delpy easily deserved a best actress nomination instead of one of those grand dames engaging in capital-A acting they could do in their sleep.

And “Blue Is the Warmest Color” should have been noticed for picture, screenplay, actress and supporting actress, but the Oscars acted like this raved-about gem didn’t even exist. The French film about a young girl’s lesbian awakening was mature, riveting stuff, and Adèle Exarchopoulos and Léa Seydoux were astounding as the girl and her blue-haired lover, but the Academy probably thought it was too art-housey — and dirty — to merit attention.

The message? If you want an Oscar, it’s quite possible to create art, as long as you follow some pop conventions and sometimes even schlock formulas. At least that’s what I’d tell myself if I wasn’t nominated. 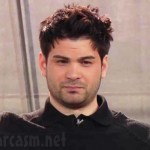 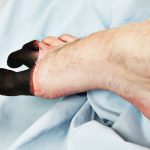