(Part 1 Imprisoned by Hope and part 2 Lies and Illness)

If I’d done my travels through Jordan in reverse — and had gone inside the largest Syrian refugee camp at the start of my journey instead of at the end — I’d have behaved differently. I’d have behaved better towards the Syrian refugees I encountered selling items nobody wants at tourist sites. I’d have bought a cup of purple swill from the Syrian boys ladling the juice from their dirty bucket inside the Roman ruins of Jerash. Sure, I’d have fed the cup of future dysentery to some nearby foliage, but I’d have bought it.

While I waited for my permission papers from Jordan’s Ministry of Interior and approval from the press officer of Jordan to enter Za’atari (the largest Syrian refugee camp with a population around 130,000), I joined Gaelle Gagoush, co-founder of the volunteer-led organization Dar Al Yasmin (DAY), to spend a day playing with Syrian refugee children at the village of Za’atari just outside the mega refugee camp.

DAY provides housing and medical support to the 500 or more Syrian refugee families who live in the village of Za’atari outside the camp. When Syrian refugees escape the camps, they don’t have access to the aid, coupons, medical services and education that Syrians who stay in the camps receive.

Members of the largest NGOs (non-governmental organizations) also volunteer at DAY’s fun days for refugee kids. I discover that the people who work at NGOs are disturbingly wonderful. On the 80-kilometer bus trip from Amman, Jordan, to Za’atari near the Syrian border, I work out my usual excuses for not lifting a finger on a volunteer day as I eavesdrop on their conversations. These NGO workers rescue everything. One of them has rescued kittens. Others are jumping up and down to adopt a kitten. I’ll use my four cameras and needing to document the day as an excuse not to do chores, and I’m not adopting a kitten, either.

One of the volunteers points out that the Mother’s Day crafts they’ll be doing with the boys might prove challenging since many of the boys’ fathers have several wives. They discuss whether these boys should be making gifts for just their mother or the other mothers as well.

Impressions of laughing children and love make it easy to forget what the refugees have experienced. But I realize the huge importance of these children having positive experiences with foreigners thanks to DAY. The alternative could be Al-Qaeda sniper training — so much better to be making crafts for mom than being a martyr for mom.

Going inside the largest Syrian refugee camp made a difficult-to-imagine situation too real. Seeing amputees is always a dose of harsh reality. The Syrians have fled their homes because their own government is: indiscriminately dropping barrel bombs filled with high explosives on their neighborhoods, killing newborn babies, using ballistic missiles, detaining and executing citizens without reason and has extinguished lives with sarin gas. Nine million Syrians have fled their homes, and the exodus continues.

Imagine President Obama, or the equally clean-cut and slightly nerdy looking prime ministers Stephen Harper of Canada and David Cameron of the U.K., sending up airplanes to bomb the taxpayers. It seems ridiculous, unimaginable, perhaps something from a movie. That’s how many of the Syrian refugees I talked to felt. They’re shell shocked. Syria’s leader, Bashar al-Assad doesn’t look the part of a maniacal despot — he’s not a visible Gaddafi type. He just doesn’t look like a man who would commit crimes against humanity. But that is exactly what he is doing. (For detailed documentation of the situation in Syria regarding crimes committed by all parties visit Human Rights Watch.)

Manal Salem al Ahmad (the refugee guiding me through the camp) describes the terror of running from bombs and leaving relatives you can’t locate, everything you own and your career. She points out new arrivals at the camp receiving tents. She says it is so hard when you first arrive and know nobody.

The U.N. has called for a stop to the use of “indiscriminate” weapons in populated areas of Syria, but have been ignored. The city of Aleppo was bombarded by the government forces use of barrel bombs again this past month, and this time there’s evidence to indicate that the barrels also contained chlorine.

As urban areas are leveled by government planes, helicopters dropping bombs and one-third of the population has fled to refugee camps and nearby countries, the Syrian leader, Bashar al-Assad, has called for an election on June 3. Even if the refugees weren’t in opposition to him before, now that Bashar has crushed their babies under rubble, many are passionately against him and his government.

Jordan has said they will allow Syrians living in Jordan to vote at the Syrian embassy on May 28. There are estimated to be around 1.3 million Syrians currently living in Jordan. When I visited their embassy, the line of Syrians outside was overwhelming, and the soldiers at the gate told me they were processing around 400 Syrians per day, so I’m not sure how this polling station is logistically going to operate. Presumably many Syrians won’t be able to make it to Amman to vote.

Bashar al-Assad’s family have ruled Syria since 1971. He inherited the leadership from his father. In the last election, he ran unopposed. At Za’atari I see the freedom flag flying over shops. But not all the opposition members are innocent defenders of freedom. Conflict like this invariably draws out the extremist militant whack-jobs who are exploding car bombs in populated areas of Syria, killing more innocent people. Their snipers hide in schools, and then the government forces attack the school. Terrified for their children and caught in the cross-fire, even more Syrian parents have no choice but to bundle up their kids and run from home.

Azraq, another mega refugee camp just opened in Jordan to accommodate the continuing flow of refugees. There’s no electricity at Azraq yet. Refugees are arriving in time to suffer summer temperatures in sheds in the middle of the desert. This camp is supposed to be an improvement over Za’atari, but at least at Za’atari the refugees can plug in a fan. That’s if they sell their donation packages, or old tents, so that they can buy a fan.

It’s no wonder that Syrians escape the camps to work illegally and live amongst the Jordanian population.

I have difficulties understanding why there aren’t lots of business initiatives within these city-sized camps and why they function on gifted coupons and donation packages. Why can’t professionals and tradespeople do what they did in Syria, within the camp? Why aren’t they set up to be more sustainable?

Jean Bradbury (founder of Studio Syria), who has volunteered inside Za’atari, told me, “Jordan is not permitting the Syrians to work because there are so many refugees that it is feared they will destabilize the economy. There are some training programs inside Za’atari, such as the women’s hairdressing school run by UN Women. Za’atari is still viewed as a temporary crisis management situation. Folks are dealing with crisis issues still.”

I am trying not to make a comment about hairdressing training for women who have their hair covered when they’re not inside their sheds and are living in a crisis situation. It seems I have failed — I made a comment.

When I ask Gaelle Gagoush (DAY) if anyone is setting up business initiatives for the refugees she tells me, “It’s not allowed, but we are ‘unofficially’ helping out a woman who sews amazing abayas and scarves, etc., by buying her a second machine, so she can teach other women, and then we’ll try to sell her goods at the summer markets and on the Internet.”

Manal, my guide, a former English teacher, should be teaching English to Syrians who hope to immigrate, but she’s not working and has been imprisoned in Za’atari for more than a year and a half. Very true that it is important that Jordan’s economy not be destabilized — this is important for the entire world. We need Jordan to be stable. And yes, it is a crisis, but this has been going on for years now. It makes common sense that when people aren’t being productive, they’re more likely to be organizing the next riot, and the refugees who I met at Za’atari are frustrated and angry.

Kirsten Koza is a humorist, adventure travel writer, expedition organizer and the author of “Lost in Moscow: a brat in the USSR.” She is a contributing journalist for TheBlot Magazine.

Want to learn more about Syria and at the same time get a personal glimpse of the quirky, amazing people who do human rights work in a highly digestible, gut-wrenching, humorous and exciting film? Then check out the E-TEAM, an award-winning Human Rights Watch documentary.

More information and how you can help:

Save the Children, Syria, What war does to children

Doctors Without Borders, Crisis in Syria

UN Women, Syria (info on gender issues in the camps) 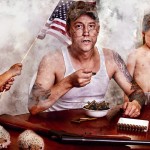 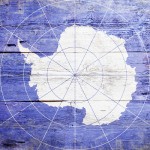