If you were a twenty-something white couple in New York, odds are that you made your way to Randall’s Island to see the annual Governors Ball music festival. Despite the austere title, it was something more like you’d expect mags like Spin or Pitchfork to put together instead of Andrew Cuomo’s office.

Now in its fourth year, the three-day, four-stages Ball still looks to compete with other rock/indie/rap juggernaut fests like Lollapalooza, Bonnaroo and Coachella. Luckily for the GB organizers, the weather gods co-operated this time (the 2013 Ball was almost a washout). Past headliners at the Ball included Beck, Girl Talk and last year especially, Kanye West, who used his appearance wisely to hype up his latest record.

But part of the problem with GB is also the thing that makes it viable in the first place. Having the fest in New York means that you already have a big audience there, drawing not only from the tri-state area, but other Northeast music fans who get another excuse to come to Gotham. But NYC is also a problem for GB as a jaded editor who skips SXSW once told me, “Why bother going to these things when all the acts already come to the city?”

Granted, Governors Ball has had a good variety of lineups, and this year was no different, but when you base yourself out of a major metro area that already has plenty of entertainment options (compare with Bonnaroo and Coachella or Glastonbury), it makes it that much harder to set yourself apart, not to mention the fact that many of the acts have or will do NYC shows some time before or after the festival. Hence this year’s edition of the Ball was the first one that many remember actually selling out, and many suspect that was thanks to one act in particular that had reunited and just played at Coachella recently: rap duo OutKast.

And truth be known, OutKast was the reason that I showed up for the Friday show, but I wasn’t too disappointed by the lineup before that. Thanks to long lines to get on the ferry to take you to the island, I couldn’t see the interesting early acts they had scheduled like indie rap duo Run the Jewels, alt-country singer Jason Isbell and indie rocker Kurt Vile, all of which would have made an impressive mini-fest itself. What was offered up for the rest of the day was mostly impressive, but not something that my jaded editor friend could have come across otherwise.

Granted, I’d just seen her at the Roots Picnic a week or so ago in Philadelphia, and it was basically the same act that she did there, but she’s still such a dynamic, exciting R&B/pop/rock performer that you owe it to yourself to see her at least once — not just for her own energy, but also the great, lively band and stage act she has, plus a good set of songs like “Tightrope” that she tears into. The problem was that by about 3 p.m., the main stage area where she played was already packed, so that way you saw her was in a jumbo screen (see the screenshot above) or as this tiny little figure in front of a huge banner as you see below (you can see Monae as the tiny figure on the right side). If you don’t mind being far back and soaking it in from a huge screen, it’s all good, but I like the upfront, personalized experience myself.

With Rilo Kiley on an extended hiatus, Lewis has more time to follow her solo muse even if her set includes a bunch of Kiley tunes (“Silver Lining,” “The Moneymaker” “A Better Son/Daughter”), which got the crowd pumped up for sing-a-longs. Luckily, she also has her own strong solo material like “The Next Messiah” to keep things swinging otherwise. With her frisky attitude plus her cool shades and colorful jacket, she was just a lot of fun to watch.

Leave it to the ladies to save the day after some wimped out emo-boys like Bastille and Washed Out bored me to death, and Strokes frontman Julian Casablancas made a thud with his warmed over electro-punk. The Canadian (originally from Virginia) country chanteuse was in great voice with a heavily bearded band that looked like they wandered off the set of “Duck Dynasty” (note the bassist pictured above). She didn’t have the moxie of Ms. Lewis, but Case did have charisma and command, not to mention gorgeous vocals to make a strong impression with songs like “Set Out Running” and “Local Girl.” Great as she is in The New Pornographers combo, I’m just as excited to see what she keeps coming up with in her solo work.

As someone who was never sold on his “Welcome to Jamrock” breakthrough hit or his collaboration with rapper Nas, I was pleasantly surprised to see what a strong set this son-of-Bob put on. Mixing his dancehall growl with some of his dad’s anthems (“Get Up, Stand Up,” “Exodus,” Could You Be Loved”), he was really in the spirit, getting call-and-response sing-a-longs from the crowd and having the red/green/gold Rastafarian flag waved throughout the show, more than enough to make me a believer in him now. For further proof, check out the video below:

I was more impressed with these French rockers as power poppers in the mid-2000s than their electro-rock breakthrough of their last two albums, but it did build up their fanbase. Seeing them again, I could see why the crowd got pumped when they started out with “Entertainment,” “Lasso” and especially “Lisztomania.” I knew I was watching a good show, but at the same time, it didn’t really grab me, making me glad that I cut out to catch Mr. Marley (see above).

TV ON THE RADIO

As the day wound down, with the lines for food and port-a-potties getting longer, excitement was building as everyone knew that the headliners would be coming out soon. But before that, we had this treat: a return of a great local band which blends art-rock and soul among other things. Singer Tunde Adebimpe jokingly asked the crowd if any of them remembered the last time they’d played a hometown show (if memory serves, it was a great one at Radio City Music Hall in 2011). Mixing up material from its four albums, TOTR brought the goods with rockers like “Wolf Like Me” and tension-filled dramatic ballads like “Dreams.” They also added in some promising new numbers (“June 28,” “Test Pilot”) that are hopefully a preview of their overdue new album.

See a video below from their performance:

And then it was time for the headliners. Since it was their first area show in years, not to mention the fact that the duo had been working solo for a while now, this was a hotly anticipated set. Even way up front, it was a madhouse of crammed-in fans dancing wildly and smoking up (not cigs, mind you), hence why the only images I could get were from the Jumbotron in front of me, rather than the group itself, which was about 100 feet away. After the mixed reception of their Coachella comeback, it looked like the duo still wasn’t entirely comfortable together, beginning with a great hits-filled set of “B.O.B. (Bombs Over Baghdad),” “Rosa Parks” and “Ms. Jackson” before Andre 3000 told the crowd that he had to “walk his dog” and left the stage for Big Boi to do his own set with “The Way You Move.” Dre returned to do his own songs, including the crowd-pleasing hit “Hey Ya!” The duo reunited again for a trip back to their early material before finishing off with more hits, including “So Fresh, So Clean” and “The Whole World.” Songs like these were built for crowd interaction with their super-catchy and easy to learn choruses. Great to see OutKast back, but you didn’t get the feeling they were ready to make a new album together any time soon either.

On kind of sad side-note, Blur singer Damon Albarn was doing his own set on another stage at the same time with a fraction of the crowd hearing songs from his recent solo downcast-but-sweet album “Everyday Robots” — you felt bad for him out there after seeing the huge crowd for Outkast he was competing against.

SO IS GOVERNORS BALL A FESTIVAL CONTENDER?

Granted this was only one day of the three-day fest (which also included The Strokes, Vampire Weekend and Jack White among others) but some things are clear about GB and its future. Fests like Coachella and Bonnaroo have a certain cache attached to them by now, not just for their longer history and resulting name brand, but also for unique qualities that they bring to the table.

Coachella has a tradition of over-the-top, once-in-a-lifetime show-stopping performances — think of the Tupac hologram or Pharrell’s recent appearance. These might be repeated at other concerts, but the fact that they originated at Coachella adds to the mystique of the show.

For Bonnaroo, the organizers got the bright idea of making their own unique events with jam sessions at the end that combine a bunch of acts that usually don’t play together, as well as somewhat more of a roots-rock vibe (though that’s been crowded out in recent years). New Orleans’ Jazz & Heritage Festival has the advantage of being in the middle of a party city that loves and appreciates music, not to mention the fact that the organizers also feature local classic R&B/soul acts. Even SXSW, which is as much of a conference as a festival now, is a sprawling entity which includes a film festival, a techie gathering, a comedy festival and thousands of music acts.

As good of a lineup as they’ve been able to pull together at the Ball, there’s no real unique features to it other than being in NYC. If the organizers want to make it a must-see stop on music fans’ summer schedules, they’ve got to step up their game to compete with their competition. Offering the same over-priced fried food inside that you’d find at any sporting event (which is a shame since New York has such a great variety of ethnic foods), the usual corporate sponsorship (which is needed and inevitable) plus some lawn games (bean bag throwing, anyone?) and a “silent disco” with headphones (not a new idea, BTW) isn’t exactly a step up. Along with taking advantage of the Gotham locale, the organizers would be smart to take more advantage of the culture that is still bursting from NYC despite the best efforts of the condo developers — there’s all sorts of performance artists, visual arts, dance, theater and street performers that could be added into the mix there if the Governors Ball people were a little more ambitious.

So, was I glad I went? Yeah, I was, and it was a good, entertaining day of music. Would I go again? Well, that depends … I’ll see which one of my other favorite acts might be slated to do a reunion there first. 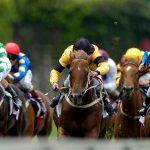 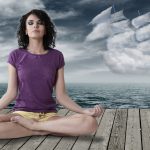