Under pressure from top intelligence and White House officials, editors at The New York Times agreed to withhold a story on a clandestine dragnet surveillance program that collected phone and e-mail data on millions of Americans.

In 2004, reporters at the paper became aware of a program approved by the Bush Administration and used by top agents at the National Security Agency (NSA) that collect a vast amount of telephone, e-mail and Internet metadata on millions of people around the world, including Americans. The program, which was designed in response to the Sept. 11, 2001 terrorist attack, raised concerns by officials at the NSA, the U.S. Department of Justice (DOJ) and Congress as to the legality of the operation, with some suggesting that the dragnet surveillance program violated privacy laws and constitutional protections.

Some disgruntled officials, frustrated that their concerns weren’t being heard or were otherwise dismissed by high-ranking members of the Bush Administration, considered approaching the press to publicly blow the whistle on a program they considered to be illegal. One such official, DOJ attorney Thomas Tamm, acted on the consideration and approached Times reporters James Risen and Eric Lichtblau in 2004. Both reporters were initially told by government officials that if the programs existed, they were completely legal.

On two occasions, the White House invited Times editors to closed-door meetings in an attempt to convince the paper not to publish their story. On one such occasion, Bush Administration officials told editors that if the story ran, it would put American lives at risk. The paper would be to blame, they said, if the country suffered another terrorist attack.

“When we first approached the Bush administration for comment on our story, the administration made an urgent plea that we not publish our information on national security grounds,” Bill Keller, then the Times’ executive editor, wrote in 2006. “They laid out a detailed argument that publishing what we then knew would compromise ongoing anti-terror operations, and they challenged our reporting on the issue of whether the eavesdropping program was subject to serious oversight by the courts or Congress.”

The paper withheld the story after White House officials made “compelling” arguments, Keller said, adding that the delay allowed both reporters additional time to do “further reporting.” But a series of interviews that aired Tuesday on the PBS program “Frontline” suggests the Times may have held the story indefinitely had one of the reporters working on the story not forced the editors’ hands.

The “Frontline” program described how Risen, frustrated by the paper’s decision to “spike” the story, decided to write a book detailing the warrantless wiretapping program based on information he had learned from Tamm (who Risen, to this day, won’t confirm as his source despite Tamm’s own admission). Risen was determined to get the story out: If he couldn’t get the scoop in the paper, he would break the report himself.

Though Risen kept his project on the down-low — he reportedly allowed Lichtblau to review two paragraphs of a draft chapter — word got around at the Times that he was working on a book, and that message eventually reached the editors. The paper relented, and the Times published the story in December 2005. By then, 18 months had gone by since Tamm first approached the reporters.

Some began to question whether the report could have influenced the outcome of the 2004 presidential election. Incumbent Bush had campaigned on the promise that intelligence officials were not eavesdropping on the communications of Americans without a warrant.

The Times report proved this to be a falsehood: The intelligence community had been collecting millions of pieces of data from the phone calls, e-mails and, eventually, Internet traffic of millions of Americans with little congressional oversight and absolutely no warrants. But by the time the paper published the story, there no longer existed the ability for voters to hold Bush accountable for his deception by voting him out of office — something that was not lost on Times readers.

“I’d like to know why you sat on the NSA story,” Eric Sullivan wrote in an April 2006 letter to the paper. “You probably (could have) changed the course of an election and likely history to come.”

“The sole test of when we publish a story is not whether it will influence a political outcome,” Keller said in his response to the letter. “The test is whether the story is ready and up to our standards.”

Risen and Lichtblau could have been this generation’s Woodward and Bernstein, but the paper’s admission that it sat on the NSA scoop for two years hurt its chances of advancing the story. Whistleblowers took their information to more-accommodating publications like the Baltimore Sun and USA Today.

One such whistleblower who would be responsible for the largest intelligence breach in American history followed the treatment of Tamm and other whistleblowers by the government and the press. When former NSA contractor Edward Snowden decided last March that it was time to publish thousands of internal classified documents detailing secret government surveillance programs, he took his story to a reporter living thousands of miles away. 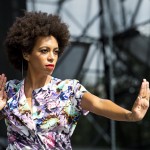 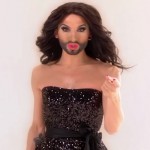