So I’m still pretty innocent when it comes to sexting.  That means I’ve never sexted or sent anything naughty virtually to anyone, ever.  But that mostly means I’m too damn old to have been foolish about this stuff.  And no, I don’t know what that says about idiots like Anthony Wiener or Jeff Bezos.  But teens communicate ALL THE DAMN TIME.  But teens have those crazy hormones, too.  So that means they share a ton of stuff that most of us would cringe at.  Teens engage in sexting a lot.  Not to say all teens do it.  But they all know someone who does.  But these days their preferred method of sexting is on Google Docs.  Isn’t that nuts? But it’s because teachers and students use the platform in the classroom more and more.

SURE, TEENS STILL SEXT ON SNAPCHAT AND TIKTOK, BUT GOOGLE DOCS NOW MOST USED

But you’d think it would be Snapchat or Tiktok.  Maybe even Facebook Messenger.  I’m sure it happens on those platforms, too.  But these days Google Docs is the medium du jour for teens sharing risqué pics or videos of themselves.  As a parent, the whole idea of this makes me very nervous in the coming years.  So what is the deal with Google Docs?  Well, it’s the place teens go to talk about all sorts of stuff.  You know, like being social, gossip, drugs and, of course, sex.  But why Google Docs?

GOOGLE DOCS INCREASINGLY USED IN CLASSROOMS, BUT TEENS NOW USE IT TO PASS NOTES AND SO MUCH ELSE

Well, as technology becomes ever more present in schools, that means teachers using more laptops and computers in their classrooms.  But Google Docs is an easy way for educators to do collaboration and monitor students as they progress thru lesson plans.  But students, of course, have used Google Docs to communicate amongst themselves behind their teachers’ backs.  Long gone are the days when we needed to pass notes to each other on the sly.  But kids these days have to put their phones away in class.  But since many of them are on laptops instead, using Google Docs, they have a way to chat regardless.  The platform has its own live-chat tool, which many teachers don’t even know about.

So to you teachers out there, pay attention to the comments sections.  Your students are not keeping it real in the margins!  And to you kids?  Don’t sext!  That shit will stay in the ether, forever. 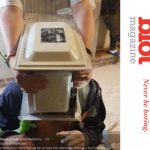 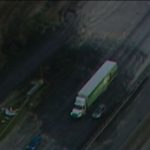