This is great!  Authorities suspect the Golden State Killer of 12 murders, at least, and 50 rapes between 1976-1986.  And authorities finally caught the man they’re almost certain is the culprit.  His name is Joseph James DeAngelo.  So from being absolutely nowhere for years, authorities suddenly had direct leads to their quarry.  And in a first, they used genealogical websites to do it.  That’s great, right?  Well, the answer is mostly.  Or even maybe.  Yes, using genealogical data to catch someone as bad as this is a good thing.  But what about for the rest of us?  There are just a few privacy concerns.

Read More: Will We All Just Keep Getting Used by Facebook?

AUTHORITIES USED HIS “ABANDONED” DNA TO FIND HIS FAMILY

The chief deputy district attorney in the Sacramento County DA’s Office is Steve Grippi.  So he said that authorities created a genetic profile of the suspect using DNA samples they gathered from crime scenes.  They then went thru genetic online family trees.  But not to find the killer/rapist.  To find his relatives first.  Grippi said, “We found a person that was the right age and lived in this area, and that was Mr. DeAngelo.”  Anne Marie Schubert is the County DA.  She said that the DNA samples they used were “abandoned.”  So that made them public domain and accessible for authorities to use.  And use it they did.

DNA TESTS EXPOSE FAMILY TO PRIVACY ISSUES, AND WHAT ABOUT HEALTHCARE?

But what about privacy?  Authorities reviewed countless genetic family trees online.  So normally, every single review would require a warrant.  But not now.  Now it’s a forum for authorities to access.  So of course all the large testing services say they do not share any data without a warrant.  But we also know all about secret subpoenas where everything is a secret, by law.  So every person who does one of these tests exposes everyone in their family to scrutiny.  There is law enforcement.  But there is also the health care industry.

It’s a slippery slope and the future is arriving ever faster. 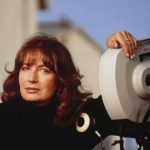 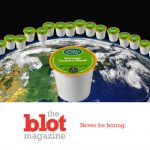