There is an unbearable excitement in the fashion scene in New York City right now, and it reached its peak last week when the announcement of the dress-code list and host name of a particular party landed in all social media channels.

The party in question — which it will also open New York Fashion Week events — is for the book launch of “Gloss: The Work of Chris von Wangenheim” by authors Roger Padilha and Mauricio Padilha. In addition to releasing this book about the prolific German fashion photographer who died in 1981, the Padilha brothers are also the brilliant minds behind the MAO PR machine that landed one of the most-relevant and prestigious designers to host their book event: Marc Jacobs.

When asked why the brothers chose von Wagenheim as the subject matter of their book, the answer came easy.

“We chose Chris for a variety of reasons. Obviously, we’ve always loved the work that we’d see in vintage magazines, but it was also the fact that there’s been so much mystery surrounding him and the archives,” Roger Padilha told TheBlot Magazine. “Chris was separated from his wife Regine [Jaffry] when he died, and she got the rights to all his archives. She was a single parent to her and Chris’ daughter and decided to focus on raising her and moving out of New York City. So, unfortunately, but understandably, Chris’ work was buried. So many people talk about Chris, but for years, there were only a handful of images available to view online,” he added.

Chris von Wangenheim is indeed a superb choice; personally, I would describe his work as a thrilling balance between chic sexy voyeurism and glamorous inspirations from a Brian De Palma movie. Nevertheless, von Wangenheim’s fashion visions are unapologetic, very much what is artistically and commercially needed today in a time when political correctness is becoming the norm. I strongly believe that art and high-fashion concepts combined are just not for everybody.

“Gloss” is part of the continuing education by the MAO PR brand created by Roger and Mauricio as both are extremely knowledgeable and, at times, intimidating, in fashion history past and present. The book is the third step in a journey that began with “The Stephen Sprouse Book” in 2009, which was followed by “Antonio Lopez: Fashion, Art, Sex & Disco” in 2012. These publications follows Mao Mag, which was founded in 2003 to showcase new talent as well as celebrating icons of fashion’s past.

The Padilha brothers have plans for fourth book to continue their mission, but mum’s the word on who it will be about. “We can’t say who the next subject is, but we can give you a hint: Diana Vreeland loved him/her,” Mauricio confessed.

A book signing at Bookmarc will precede the book-release party, and if you are one the lucky ones to have received the invitation for this exclusive bash, you know you must do some style homework since the “strict dress to kill code will be enforced” at the door of the club Tunnel. The dress code in question (Jacobs’ all-caps, not ours):

“I’d love for Bianca Jagger to arrive on a horse — exactly as she did at Studio 54 years ago! That would be the ultimate,” Roger Padilha said, commenting about the crescendo buzz surrounding their upcoming event, which is already being considered the best party of the year.

Sorry, Givenchy, this is New York, and when style is the pièce de résistance, the Padilha brothers don’t play! 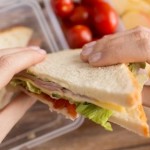 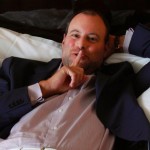