So I have to admit I’ve been to Berlin.  But it’s literally been two decades since I visited, when it was the largest construction zone in the world.  The beer was excellent.  So was the food and the grungy early hipster nightlife scene.  But how were the drugs?  Shit, I have no idea.  That wasn’t my thing, especially in a foreign country.  But boy, things are sure different over there now.  Drug dealing in German public parks is a totally normal thing (evidently).  But dealers harassing passersby has become an issue.  So what did the Berlin police do?  They created drug dealing zones!  So you want to buy drugs?  In the zones.  So you want to deal drugs?  In the zones!

DRUG DEALERS WERE HARASSING PARK GOERS, SO THESE ZONES ARE A WEIRD BANDAID

But how does this work?  Well, police have had a hard time stopping drug dealers from congregating in Berlin’s Görlitzer Park.  So they sort of gave up in creating these drug dealing zones.  But how does this work?  Well, they spray painted pink lines to create these areas, or zones, that are designated for drug sales.  Authorities are hoping this will deter the more aggressive dealers from bothering people who don’t actually want to buy drugs.  So can you picture this in the US?  Yeah, me neither.  Well, maybe in Washington, DC.  You know…

BUT DRUGS ARE STILL ILLEGAL? THINGS WORK DIFFERENTLY IN GERMANY!

Berlin police think of this as a practical solution.  But they’d far prefer issuing official work permits.  It’s not clear to me why they won’t just do that.  At least they have strict gun control laws!  But police want to be clear that they’re not legalizing the sale of illicit drugs.  So that makes this even harder for an American to understand…But as you can imagine, some German authorities are totally aghast at the situation.  They want all drug sales stopped, and all dealers behind bars.  Clearly, there’s a lot here that’s lost in translation.  So if you happen to go to the Görlitzer Park in Berlin, make sure you know what’s what in the pink zones. 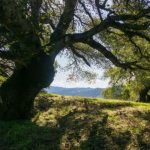 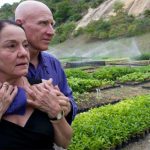