The district attorney in a Georgia community has pledged to be more transparent about local law enforcement’s use of a controversial cellphone surveillance system after reports indicated that the police department was using them beyond the limited scope of homeland security investigations.

But Gwinnett County District Attorney Danny Porter said that transparency doesn’t extend to the name of the device, the location of surveillance equipment or even when exactly police used the tools to catch suspected criminals.

In June, TheBlot Magazine first revealed that the Gwinnett County Police Department had used thousands of dollars to purchase a controversial cellphone spy device known as a StingRay and associated surveillance equipment. Gwinnett County is one of several dozen local law enforcement agencies to purchase the equipment from Florida-based manufacturer Harris Corporation, which imposes a non-disclosure agreement as a requirement for purchase and use of the tools.

The tools are often purchased through a mixture of homeland security grants and money earmarked for law enforcement use by local city and county counsels. Often, police departments argue the surveillance equipment is necessary to protect citizens from dire threats, including terrorism and acts of mass sabotage.

But recent reports reveal that, for years, law enforcement agencies have been using StingRays and similar cellphone spy devices in routine criminal cases, including theft, gang and drug-related investigations. Candidly, a Gwinnett County police spokesperson admitted to TheBlot that the agency was using its StingRay gear in “criminal investigations with no restrictions on the type of crime.”

Since our report, Gwinnett County police have stopped talking about their use of StingRays — but other local officials are starting to open up in an attempt to assure the public that police are not going beyond the law when they use cellphone surveillance equipment.

Porter told NBC affiliate WXIA-TV that Gwinnett County investigators always obtain a court order before the police department deploys cellphone surveillance equipment, though the orders are often sealed and not disclosed to defense attorneys representing suspects in criminal cases. At least one defense attorney told investigative reporter Brendan Keefe that he was unaware Gwinnett County police possessed cellphone spy gear, but now says he believes one of his clients was targeted by a StingRay because phone records that were produced at trial showed his client’s phone connecting to non-existing cellphone towers (the client was exonerated in the case).

Porter told WXIA-TV his office would change its internal policy in that it would seek to unseal future court orders about when police use cellphone surveillance technology if those cases go to trial. But Porter also said his office would not reveal in open court how those tools are used, or even the name of the devices, because non-disclosure agreements signed between the police department and the manufacturer of the spy gear (believed to be Harris) preclude them from doing so. According to Porter, the company could stop selling or servicing the devices if the county breaks its agreement to withhold information about the equipment.

Harris is not the only one trying to keep information about StingRays and other cellphone spy tools a secret: According to The Associated Press, federal officials have been asking law enforcement agencies to keep quiet about how they obtain and use cellphone surveillance gear. Privacy groups say the Obama administration’s attempt to conceal knowledge about the devices adds to the growing suspicion of authorities using invasive surveillance gear that sweeps up information on ordinary citizens who are not criminal suspects.

According to the American Civil Liberties Union, approximately 50 local, county and state law enforcement agencies are known to have StingRay devices, though the actual number of agencies that maintain cellphone surveillance gear is likely higher.

(Disclosure: The author of this article was a background consultant for WXIA-TV’s story on Gwinnett County’s use of StingRay devices.) 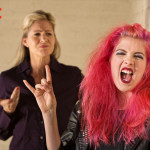 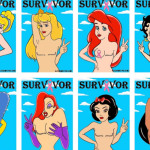