Marriage isn’t just for young people anymore. Disney movies and their happy, teenage nuptials be damned. George Clooney, the quintessential bachelor, who has dated some of the most beautiful women in the world (to much envy) during his 30s, 40s and 50s, now seems to be engaged to the seemingly lovely and wickedly intelligent British human rights lawyer Amal Alamuddin.

Since the news leaked, Amal’s public profile has skyrocketed (just ask Google). Yes, Clooney has been married before, but he’s not a kid anymore. His apparent engagement has been garnering a ton of media attention — rivaling the likes of Miley Cyrus and her detachable tongue, or whatever part she’s flaunting about now.

Romance, marriage and a brighter future with a “special someone” just might be possible for us all. Clooney has come down from the celebrity mountain, and offered single people a precious sliver of hope.

If indeed the news is true, Clooney, who has often been pegged as “Hollywood’s most eligible bachelor,” and quoted as swearing off marriage for good, is not alone. Lots of older folks (sorry George) are getting married later in life. The statistical trend of Americans, and other Westerners, putting off marriage (or remarriage) until their 30s, 40s and even — gasp! — 50s has been on the rise for some time.

With people living longer, and divorce now commonplace, not to mention hard economic times and the very definition of what a “family” can be varying widely from the past, is it any wonder young marriages and marriages overall are on the decline? The Pew Research Center and TIME magazine took a look at a ton of data from the U.S. Census Bureau, and discovered a growing “marriage gap” among economic and social classes.

Differences in class have a big impact on someone’s likelihood of getting married. More education translates into a much stronger chance of tying the knot. Even so, the numbers are down for just about everyone. Redefining what a family can be, the need for more economic security, along with other draws on a person’s time (work, play, caring for aging loved ones) have all contributed to marriage’s decline.

On top of all that, the fact that people can now cohabit without getting a pesky marriage certificate, or having to endure a barrage of “tsk-tsks” from their peers (not so in the 1950s) means that a wedding ceremony, a wedding cake and a couple of solemn vows no longer have to be an integral part of every human life.

In the 1960s, two-thirds of Americans in their 20s were married. These days, that number is around 26%. And with 40% of our fellow citizens believing marriage is now obsolete, and just over half of all Americans actually married, it’s clear that our social norms have changed.

While love, family, children and commitment to another human being are still huge parts of many people’s lives, the institution of marriage is less so. For those who do marry, divorce is a strong possibility, since the divorce rate continues to hover around 50%.

And for those who choose not to drop the clichéd line (which I’ve heard way too many times), “It’s just a piece of paper. I don’t need a marriage certificate to prove my love,” every chance they get, a first marriage later in life is also a real possibility. The median age for a first marriage is now in a person’s late 20s, suggesting that many first marriages (it’s a statistical average, after all) happen much later than that.

In the movie “Friends With Benefits,” which addresses the difficulties of finding a suitable romantic match in the modern world, the characters played by Justin Timberlake and Mila Kunis both give up on romance and dating for a while and vow to just “work and fuck (or shut myself down emotionally), like George Clooney.”

Perhaps that comparison isn’t valid anymore. If Mr. Clooney can give up his famous single life for love, maybe you can as well. Yeah, yeah, I know, it’s just a piece of paper. But hey, why not stand out from the crowd and do the unexpected, countercultural thing — assuming the time and the person is right — and get married? Go on, you quirky rebel, buck against the trend. 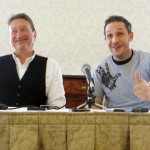 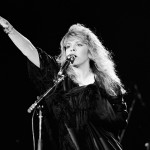