Nearly a half-century ago, the late, great comedian George Carlin did his classic schtick “Seven Words You Can Never Say on Television.” The bad, filthy words are: shit, piss, fuck, cunt, cocksucker, motherfucker and tits.

Today, even Carlin himself might be shocked to see how those words are now spoken out frequently in cable TV dramas. For example, whenever President Selina Meyer (Julia Louis-Dreyfus) gets angry on HBO’S “Veep,” she snarls them with great dramatic gusto.

Other examples are updated versions of classic movies I’ve seen recently on cable. For us elderly TV watchers who don’t go to movie theaters these days, the schlocky language shocks. Cursing classics include “Planes, Trains and Automobiles” (1987), “Ferris Bueller’s Day Off” (1986) and “Taxi Driver” (1976). They now contain some, if not all, of Carlin’s forbidden words — and then some.

When they were first filmed, there were at least two spoken tracks made. So, 40 years ago, producers anticipated the day when the then-forbidden curse words would be accepted by TV audiences, and that day has arrived.

Now that the flood gates are open, this elderly writer (geezer, cripple, codger, lame-ass, klutz, yid, old fart) suggests seven more equally offensive words about ethnicity. They’re still forbidden, as they should be, but will they soon be freely (or more freely) spewed out on TV screens, too? Let’s hope not.

Kike: The word originated a century ago on Ellis Island, New York, when illiterate Jewish refugees from Czarist Russia refused to sign immigrant forms with an X, a Christian symbol. Instead, they drew an O, which translated from Yiddish as kikel.

Wop: It originated from the Italian word guappo, meaning gangster. Just be sure you don’t utter it in the face of a latter-day Al Capone or Lucky Luciano.

Chink: It started more than a century ago when the cross-country railroads were being built. Thousands of imported Chinese (not Mexicans) earned pennies an hour to do the heavy work white Americans wouldn’t do. The word was again used as in American combat messages during the 1950s Korean War for the combined Chinese and North Korean enemy forces.

Honky: It’s an insulting term for Caucasians, first expressed on TV in the 1970s sitcom, “The Jeffersons,” a spin-off of “All In The Family.” A quote from “lovable bigot” Archie Bunker (played by Carroll O’Connor): “George Jefferson (Sherman Hemsley) is the only black guy I know who calls Abe Lincoln a honky.”

Redskin: How many other old coots remember the 1930s Saturday matinee cowboy and Indian movies with Hoot Gibson and Gene Autry? Does the oft-used phrase of the time, “another redskin bit the dust” sound familiar? Late breaking news: The Washington Redskins football team lost a legal battle to keep the logo. How about naming them after the wimpy Congress, the Washington Thinskins?

Nigger: Currently considered the most offensive, it derives from the Niger River area of Africa. That’s where many Africans were captured in the 18th and 19th century and shipped to North America as slaves to do the work white guys refused to do. The word is still unacceptable, unless spoken onstage by a hip African-American stand-up comedian waving a burning Confederate flag.

Conclusion: George Carlin was a pioneer in taking the stigma out of formerly forbidden words used in our everyday speech. Gotta love him! He was such a talented shit-faced druggie, shanty Irish mick! 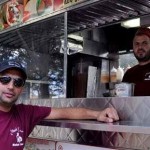 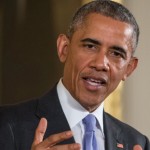