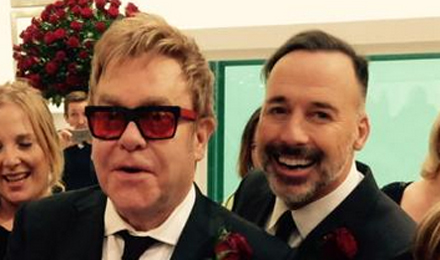 The first time Sir Elton John got married was to cover up the fact that he was gay. The second time will be because he’s gay. Thanks to a change in the law, Sir Elton and David Furnish can now get married in England. The Millennials out there are hardly impressed, but old buffers like me are still rather amazed. We aren’t surprised that they are getting married quite so much as that the law finally lets them.

Britain has been a conservative nation when it comes to matters of sex and public life for quite some time. In 1936, King Edward VIII abdicated; he resigned as King of England and the head of the British Empire and Church of England. Why? He wanted to marry Wallis Simpson, a woman who had been divorced a few times. I’m not making this up. Divorce was such a horrible social failing that the King had to quit his job to marry a divorcée (well, he also had pro-Nazi tendencies and it’s just as well really that he lost out to Colin Firth from “The King’s Speech”).

As for being gay, fuhgeddaboudit. Homosexuality was a crime in the UK until 1967. Henry VIII outlawed it in his Buggery Act of 1533 (that’s the name of the law, I promise). What was the penalty? Well, James Pratt and John Smith were the last two executed for this in 1835. Fifty years after they were killed for being gay, Parliament passed the Labouchere Amendment, which banned “gross indecency” among males. Since the legislation didn’t mention females, it appears that lesbian behavior did not violate the law — although it would have probably been banned if the Victorians could have mentioned it in public long enough to pass a law against it. Still, gay men were to be fined and imprisoned if caught being who they were.

And that’s where things stood until the Sexual Offences Act of 1967 passed, about 10 years after the Wolfenden Report recommended decriminalizing homosexual acts between two men 21 years of age or older. Nevertheless, it didn’t sit well with Britain as a whole. During the debate, Roy Jenkins, the Home Secretary and therefore the guy in charge of the legal system, said, “Those who suffer from this disability carry a great weight of shame all their lives.” And he was FOR the bill.

Even when the bill became law upon receiving royal assent, Lord Arran, who guided it through the House of Lords, said, “I ask those [homosexuals] to show their thanks by comporting themselves quietly and with dignity … any form of ostentatious behaviour now or in the future or any form of public flaunting would be utterly distasteful … [And] make the sponsors of this bill regret that they had done what they had done.” Flaunting, like holding hands or a kiss?

Scotland, which has a separate legal system from England and Wales, didn’t get around to changing its law against homosexuality until 1980, and Northern Ireland made the move in 1982. In 1994, the Criminal Justice and Public Order Act lowered the age of consent for gay sex to 18, while that for heterosexual encounters to this day is 16.

When the Civil Partnership Act passed in 2004, I happened to think that was about as far as equality in the UK was going to get. My gay British friends were pretty irreligious, so at the time, it felt like that was enough. Who gave a damn what the Church of England thought? Sir Elton and Mr. Furnish partnered in 2005. So why get married now?

Sir Elton said, “There is a world of difference between calling someone your ‘partner’ and calling them your ‘husband.’ ‘Partner’ is a word that should be preserved for people you play tennis with, or work alongside in business. It doesn’t come close to describing the love that I have for David, and he for me. In contrast, ‘husband’ does.”

I’d ask where they’re registered, but a coffeemaker seems kind of weak compared to getting equal treatment under the law. 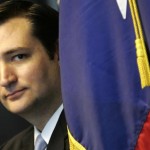 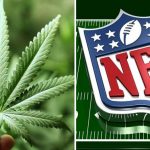